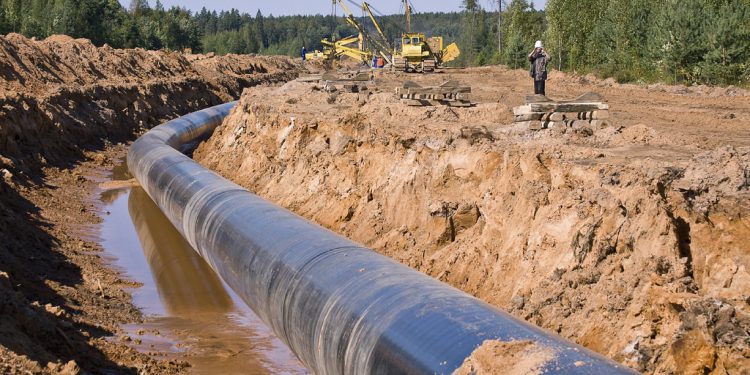 The pipeline project leader, Total E&P Uganda laid off its employees who were designated to work on it, after deal crumple.

by Padili Mikomangwa
in East Africa, Oil&Gas
0
Share on FacebookShare on LinkedIn

The reason given for the shelving of the project is due to a broken deal pertaining Tullow Oil Company failure to sell its stakes to Total SA and China National Offshore Oil Company (CNOOC), which occurred last week.

According to Reuters, a Ugandan official cited the project halt of the costly $3.5 billion with 1445km long, featured some marred issues, involving a taxing dispute with Uganda authorities.

“All East African Crude Oil Pipeline (EACOP) activities including tenders have been suspended until further notice because of the collapse of the deal” the official commented, under conditions of anonymity adhered.

According to a report by Bloomberg, Tullow Oil forcibly abandoned plans to sell a stake in Ugandan project and resume the deal afresh after-tax negotiations foundered the deal.

“The collapse has meant uncertainty in terms of who will meet what cost in developing the project which is meant to have a similar shareholding structure like that of the oilfields” the official added.

This comes, amidst the project partner and beneficiary – Tanzania, to extend its reformation in the extractive industry, by playing its cards right and swipe the pipeline route to Tanzania from Hoima-Uganda, via Tanga (a coastal region in Tanzania) from its trade partner Kenya.

Uganda made its first discovery of crude oil about 13 years ago under Tullow, with the inadequate infrastructure necessary for its harnessing commercial production was delayed.

The entire debacle occurred a few days before the Uganda -Tanzania business forum organized by traders from both nations, boosting bilateral trade being the objective on the table.

President Magufuli, who has been stern on ensuring the EACOP project is being realized, raised his concern on the Ugandan Revenue Authority (URA) officials’ aspirations for the anticipated lucrative pipeline, short- and long-term benefits being at doubt from his take.

“Sacrifice loosely short-term gains for long-term and your URA officials should not delay you, actually we wanted to name this pipeline Kaguta pipeline when it gets opened” President Magufuli commented.

Further, he highlighted that: the EACOP project benefits compelled Tanzania to step up their game and emerge with certain legislations in parliament to waive off certain taxes and levies in support of the project.

According to available data, the EACOP project anticipated to take 36 months, had imported over 500.000 tons of equipment that will observe a 216Kbd export flow rate barrels per day at plateau production,

Tanzania which has 8 percent of ownership in the oil refinery, has much to gain and lose in relation to the economic benefits of the pipeline, as President Magufuli sees the two nations topping up best economies in the region in the near future.

According to President Magufuli bureaucracy in the revenue sector mars development strategies, hence highlighting his unrelenting measure to fire all those derailing development in Tanzania.

However, according to the Citizen Energy Minister Permanent Secretary of Uganda, Robert Kasande neither denied nor confirmed the meeting.

The termination comes at the cost of partners involved, Tanzania and Uganda, who are apparently new to the complex and yet lucrative extractive industry. Thus, Tullow Oil also will suffer, as it had assayed for partners to help arise around 1.5 barrels of recoverable oil in its Uganda fields.

Due to the sensitivity of the entire project, the two counterparts: Tanzania and Uganda, could revert this situation as both nations look forward to reaping billions from the pipeline.

READ: Lack of commitment costs Kenya a slot in EACOP