According to Wood Mac, from the early 2030s state revenue from Mozambique LNG alone will reach US$3 billion per annum, single-handedly doubling today’s revenue as calculated by the IMF and World Bank. 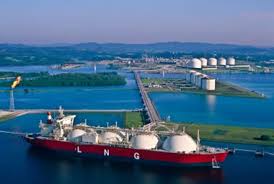 Mozambique has officially positioned itself as a key player in the global Liquefied Natural Gas (LNG) market.

LNG is set to be a game-changer for the country’s 31 million people, even as Mozambique LNG advances one of Africa’s largest projects. This happens with commitment to transform the development of the project into benefits that extend to the lives and economy of Mozambique and its people.

According to Wood Mac, from the early 2030s state revenue from Mozambique LNG alone will reach US$3 billion per annum, single-handedly doubling today’s revenue as calculated by the IMF and World Bank.

With a second Final Investment Decision (FID) in just 2 years, the latest FID on the US$20 billion Mozambique LNG project, makes it the largest sanction ever in sub-Saharan Africa oil and gas.

According to Mozambique’s president Filipe Nyusi, this is one of the most important and transformational projects in the country’s history

“Mozambique LNG is set to be a game-changer for this East African nation of 31 million people,” he said.

The project has successfully secured in aggregate 11.1 MTPA of long-term LNG sales (representing 86 per cent of the plant’s nameplate capacity) with key LNG buyers in Asia and in Europe. Additionally, the project is expected to have a significant domestic gas component for incountry consumption to help fuel future economic development.

And this is not the only mega-LNG project on the drawing board. ExxonMobil’s Rovuma LNG project, which envisages a 15 million tpa two-train facility taking gas from its offshore area 4 block, is also lined up to take FID. Meanwhile, Italy’s ENI is already moving ahead with its 3.4 million tpa floating LNG facility, which will draw on 5 TCF of gas in waters more than 2,000 metres deep with first gas due in mid-2022.

With FIDs signed, the projects are now moving from the planning into the implementation phase. Hundreds of contracts are expected to be tendered for the construction, infrastructure and services needed to build and develop the megaprojects.

The expected long-lived production from the massive natural gas discoveries in the Offshore Area 1 represent long-term benefits for Mozambique, the Area 1 participants, LNG buyers, Government of Mozambique and other stakeholders worldwide. The geographic location of the resources provides flexibility for Mozambique LNG to pursue LNG buyers in various attractive markets around the globe, including Asia, Europe, South America and other emerging LNG markets.

More recently, on October 8th, Mozambique Rovuma Venture (MRV) Area 4 operator decided to move ahead with the midstream and upstream project activities of over US $500 million as initial investments. These investments include activities such as the construction of the pioneer camp, the development of resettlement activities, the construction of the airstrip and access roads, as well as the start of detailed LNG facility engineering project.

The geographic location of the resources also provides flexibility for Mozambique LNG to pursue customers in various markets around the globe, particularly in growing Asian markets. 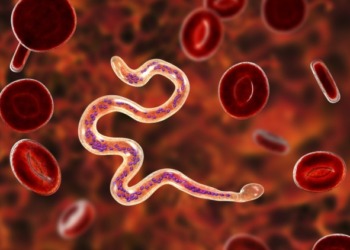