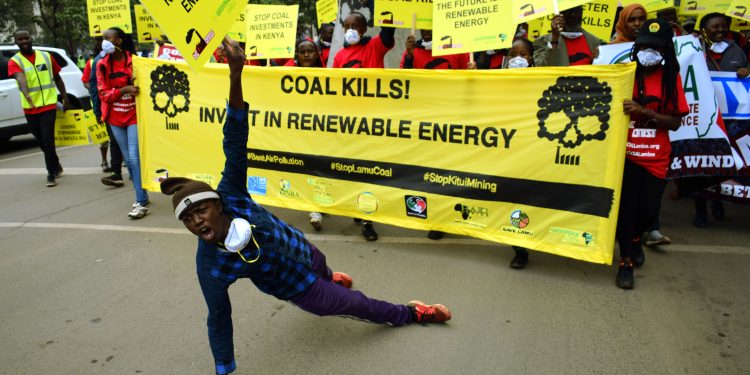 There is no room for coal in Africa’s renewable future.

This is according to the African Development Bank President Akinwumi Adesina, who recently unveiled ambitious plans to scrap coal power stations across the continent and switch to renewable energy at United Nations climate talks on the 23rd of September.

Addressing a gathering of leaders and officials from almost 200 countries in New York, Adesina outlined efforts to shutter coal-fired power plants and build the “largest solar zone in the world” in the arid Sahel belt.

“Coal is the past, and renewable energy is the future. For us at the African Development Bank, we’re getting out of coal,” Adesina told delegates to the Climate Action Summit in Manhattan.

The AfDB’s  $500 million green baseload scheme will be rolled out in 2020 and is set to yield $5 billion of investment that will help African countries transition from coal and fossil fuel to renewable energy, said Adesina.

This comes at a time when a report launched in June this year noted that building the proposed Lamu coal plant in Kenya, a three-unit, 981-megawatt (MW) facility, would be a costly error for the country.

According to a report by Institute for Energy Economics and Financial Analysis dubbed The Wrong Choice for Kenya the move would be locking it into a 25-year power purchase agreement (PPA) that would force electricity consumers to pay more than $9 billion, even if Lamu doesn’t generate any power, as long as it is available for dispatch.

“In fact, since the new 310MW Lake Turkana Wind Farm came online at the end of September 2018, it has displaced, at lower cost, a significant amount of generation that had previously been produced by dirty thermal units,” reads the report in part.

Mr Adesina also talked about plans for $20 billion of investments in solar and clean energy that would provide the region’s 250 million people with 10,000 MW of electricity.

Presidents, princes and government ministers from around the world attended the UN’s climate summit, as they faced mounting pressure to reduce heat-trapping gas emissions and slow the global rise in temperatures.

UN secretary-general Antonio Guterres also took a swipe at the “dying fossil fuel industry” and said it was still not too late to keep the global rise in temperatures below the benchmark figure of 1.5 degrees Celsius.

“But it will require fundamental transformations in all aspects of society — how we grow food, use land, fuel our transport and power our economies,” said Guterres.

“We need to link climate change to a new model of development — fair globalization — with less suffering, more justice, and harmony between people and the planet.”

The UN says mankind must reduce greenhouse gas emissions to limit global warming to about 1.5 degrees Celsius above pre-industrial temperatures to stave off the worst-case predictions of scientists.

The meeting was part of the run-up to the international climate talks in 2020, which is the next deadline for countries to make significant emissions reduction pledges under the 2015 global warming deal.

Recently, in an extra ordinary move, the Chinese ambassador to Kenya Wu Peng invited members of the deCOALonize campaign to discuss the controversial Lamu Coal Power plant just two days after a land mark ruling that put the controversial project to a stop. The Ambassador assured the deCOALonize team that, “It has been and always will be the people of Kenya who can decide whether there would be a coal power plant or not.”, explaining further that he was personally opposed to coal power plants.

China is currently the largest solar investor in the world and also one of the biggest polluters globally. That the coal plant is backed by ICBC (industrial and commercial bank of China) being the biggest investor.

Meanwhile, Kenya’s geothermal capacity is yet to be exhausted having barely utilized 10per cent its availability.

The deCOALonize campaign members are NOT against development but are pushing for development that is sustainable and doesn’t harm the people of Lamu and Kenyans at large.