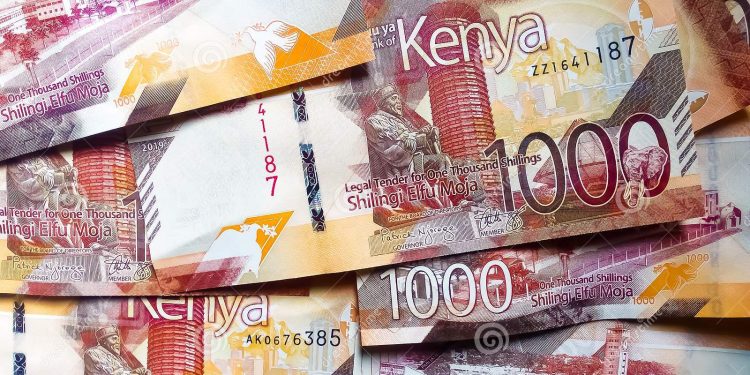 According to the Kenya National Bureau of Statistics (KNBS) data, Kenya's economy recovered in 2021 to expand at the quickest rate in 11 years

by Joseph Kangethe
in Countries, Kenya
0
Share on FacebookShare on LinkedIn

The last year has set the pace for economic recovery following the Covid-19 pandemic. According to the Kenya National Bureau of Statistics (KNBS) data, Kenya’s economy recovered in 2021 to expand at the quickest rate in 11 years. The relaxation of Covid-19 restrictions has aided the recovery of essential industries, except for agriculture, which low rains have hampered.

Economic activity increased by 7.5 per cent, compared to a 0.3 per cent decrease the previous year, when operations were nearly halted due to pandemic containment measures.

This was the most significant growth rate since 2010, when the country’s economy rebounded from the global financial crisis and post-election squabbles in 2008, followed by a severe drought in 2009.

Kenya’s treasury cabinet secretary Ukur Yatani observes that the lessons acquired from pandemic shocks may offer the government the incentive to be more prepared and resilient in coping with conditions of a similar sort in future.

The rise in 2021 was driven mainly by improved performance in manufacturing, commerce, transportation, real estate and financial services, which gained from the re-opening of the economy. Farming operations, which account for around 22.4 per cent of Kenya’s economic output, declined by 0.2 per cent due to inadequate rainfall, hampering the production of vital commodities, including tea, maize, and coffee.

An estimated 926,000 new employment were generated in Kenya during the last year, supporting the country’s economic recovery. This represents a stunning upturn for the country’s economy, which plunged into its first decline in over three decades in 2020 as the epidemic destroyed essential industries, including tourism and education.

According to the KNBS Economic Survey, overall employment outside of small-scale agricultural and pastoralist activities increased by 5.3 per cent to 18.33 million last year, up from 17.4 million the previous year, due to rapid expansion in significant areas of the economy.

For the first time, this has boosted employment levels in the country over the pre-pandemic level of 18.14 million in 2019. Due to trade and transportation limitations imposed by the epidemic, the country lost approximately one million jobs.

Workers’ actual annual average earnings fell by 3.8 per cent throughout the year, despite an increase in the annual inflation rate to 6.1 per cent, up from 5.4 per cent in 2020, putting pressure on families as the cost of products rose.

The education sector experienced the most extensive growth in new positions at 8.2 per cent to 609,200, spurred by the restart of studying in schools. The industrial sector, which can create growth in decent jobs in the formal sector, recovered from a decline of 0.4 per cent in 2020 to an increase of 6.9 per cent in 2021, producing new jobs as manufacturing activities

Transport and storage operations, which were among the most impacted sectors in 2020, recovered to an increase of 7.2 per cent, up from a 7.8 per cent loss the previous year. The expansion in the transport and storage industry was driven by more robust earnings from standard gauge railway cargo transport revenue, which increased by 24 per cent.

Cargo throughput at sea increased from 34.1 million metric tonnes to 35.4 million tonnes, container traffic increased by 5.6 per cent to 1.43 million twenty-foot equivalent units in 2021, and passenger travel increased by 46.7 per cent to 6.6 million from 4.5 million in 2020. Accommodation and food services grew 52.5 per cent, up from 47.7 per cent the previous year, thanks to the economic re-opening.

The financial services and insurance industry rose 12.5 per cent last year, reflecting in part the record dividend distribution by listed banks for 2021, following a 73 per cent increase in cumulative gross profit for the sector.

Foreign tourist visits surged from 579,600 in 2020 to 871,300 when international travel limitations were relaxed, increasing bed-nights occupancy by 45.1per cent to 5.5 million, while visitation to national parks and wildlife reserves increased from 1 million to 1.5 million.

However, last year’s economic development was dampened by a 0.2 per cent decline in the agricultural sector, which has been ascribed to unfavourable rains that lowered crop production in a blow to a sector that was expected to considerably anchor the weak economy in 2020 with a 4.6 per cent increase.

The Treasury anticipates inflationary pressures from rising gasoline and other basic commodity prices due to global supply restrictions, a weaker shilling, and adverse weather, which will reduce Kenya’s GDP to 6.7 per cent in this election year.

Mr Yatani observes that Kenya is expected to maintain its development trajectory following the effective control of the Covid-19 outbreak and the anticipated peaceful elections. He notes that the country has evolved politically, with lessons acquired from earlier elections, with hope high that Kenya would keep that feeling of stability throughout the electioneering season.

President Uhuru Kenyatta increases the minimum wage by 12 per cent

During the celebrations, of labour day on May 1, 2022, President Kenyatta announced the increment of the minimum wage of workers in the country by 12 per cent. The initiative is geared toward cushioning employees against the erosion of their purchasing power, especially as the price of goods and services continues to pump in the country.

President Kenyatta noted that there has been no review of the minimum wages for over three years. while inflation has increased ranging between 5 to 6 per cent annually.

“In that regard, and in full appreciation of the critical contribution of workers to the economy; following the recommendation of various stakeholders; as a caring Government, we find that there is a compelling case to review the minimum wages to cushion our workers against further erosion of their purchasing power while also guaranteeing the competitiveness of our economy,” President Kenyatta said.

Kenyatta lauded the role and resilience of workers in fortifying the country’s efforts to bounce back and build stronger after the Coronavirus pandemic.

“Our workers are the backbone of our economy and our way of life. Throughout the Covid-19 disruptions that began in 2020, our workers have kept the Kenyan flame burning bright. We will remain forever grateful and indebted to them,” the President said.

While commending the country for remaining focused in the face of adversity such as Covid-19 and the rising global cost of living, President Kenyatta castigated some political leaders for inciting Kenyans to blame the Government for the global challenges instead of offering solutions.

Kenya will be having their general elections this coming August and the political heat in the country is increasing as the day passes. President Kenyatta and his Deputy, Dr William Samoei Ruto have come out to the public exposing their dirty linen.

Kenyatta is against Ruto succeeding him saying that his deputy has shown unbridled ambition and that he absconded his duties. He has gone ahead to support the former prime minister, Raila Amollo Odinga who he believes will be able to continue with his legacy projects.

On the rising global cost of living, the President assured Kenyans that the Government had taken sustainable measures to cushion the vulnerable, including the workers and farmers, on the cost of inputs.

Citing the fuel cost as an example, President Kenyatta said the Government had subsidised prices of petrol, diesel and kerosene, making them the lowest in the region.

He pointed out that had the Government not protected consumers against the global increase in fuel prices, the petrol price would have been approximately KSh173 per litre.