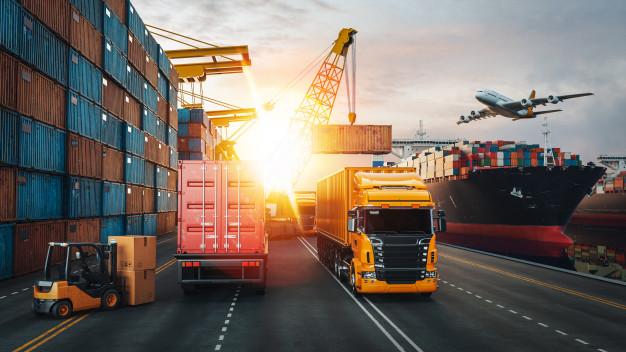 DP World committed to investing up to $442 million to expand and develop the corridor with the first phase nearly completed.

by Vishal Sharma
in Countries
0
Share on FacebookShare on LinkedIn

Ethiopia’s Ministry of Transport and Dubai’s DP World signed a $1 billion deal to develop the road linking Berbera in Somaliland into a trade and logistic corridor.

In a statement from DP World, it said that together with its partners they plan to invest up to$1 billion over the next 10 years to develop supply chain infrastructure along the corridor which will include warehouses, cool and cold chain depots, dry ports, container yards, silos, freight forwarding and clearing activities.

DP World committed to investing up to $442 million to expand and develop the corridor with the first phase nearly completed. The quay will also be expanded to 1,000 metres which will increase capacity to 2 million TEUs (twenty-foot equivalent units) which are operated by 10 quay cranes.

While speaking during the signing ceremony, Mr Bin Sulayem said that developing the corridor into one of the major trade and logistics corridors will unlock huge economic benefits for the country.

“We believe that developing the Berbera corridor into one of the major trade and logistics corridors will unlock huge economic benefits for Ethiopia and support its ambitious development plans. It will create new jobs, attract new businesses and investment along the corridor, as well as diversify and strengthen the country’s access to international trade by having a direct, seamless and efficient link between Ethiopia and Berbera Port.” Said Mr Bin Sulayem.

According to the agreement, the two entities established a joint venture logistics company to carry out logistics operations from origin to destination.

According to the statement, export services will be offered by DP World from the origin in Ethiopia to the destination. The Dubai- based port will also provide import services from the port of loading to the delivery of shipments.

On the other hand, Ethiopia’s ministry of transport will review and resolve regulatory obstacles on the Ethiopian side of the Berbera corridor to facilitate smooth operations for the logistics companies. In order to ensure the secure transfer of cargo, Ethiopia will also implement IT infrastructure and technology along the corridor.

“Ethiopia aims to diversify its port access facilities and services to improve its trade corridor access routes; utilising the Berbera corridor will have a potential to make Ethiopia a front-runner in logistics operations, boosting the competitive advantage of delivering our products to the world market,” said Ms Moges.

The statement also added that by the end of 2021, the road that will connect Berbera Port to Wajaale once Ethiopia’s border will be completed.

According to the International Monetary Fund’s (IMF) outlook for Ethiopia, in 2020/2021 FY the economic growth is expected to be at 2 per cent due to the impact of the pandemic and to rebound to 8.7 percent in 2021/2022.

It also noted that due to persistently high food prices Ethiopia’s inflation has also decreased since its peak of 23 percent in April 2020 but remains high at just over 19 percent.

“Risks to the economic outlook are tilted to the downside, amid uncertainty regarding the magnitude and duration of the pandemic, as well as other risks including political uncertainty and the locust infestation experienced in some parts of the country. The domestic security situation has created humanitarian and reconstruction needs that require an adjustment of policies and support from the international community.” IMF said.

According to the African Development Bank (AFDB), Ethiopia’s real GDP growth is expected to fall to two percent in 2021 and recover to about eight per cent in 2022 driven by industry and services sectors.

Inflation is also expected to reduce gradually with the increase in open market operations while the fiscal deficit is projected to increase as tax policy reforms are delayed by the pandemic.

In 2021, Ethiopia’s current account is likely to deteriorate before improving in 2022 when services exports start to pick up, AFDB noted.