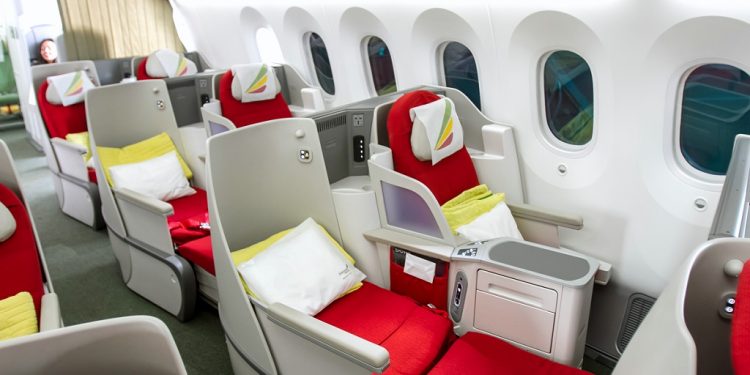 by Njenga Hakeenah
in Ethiopia, Industry and Trade, Kenya
0
Share on FacebookShare on LinkedIn

China is among the first of countries to order the grounding of all 96 of the aircraft operating in the country.

This follows the fatal Flight ET302 to Nairobi which crashed just minutes after taking off from Bole International Airport in the Ethiopian capital of Addis Ababa on Sunday.

The plane had requested to turn back when it technical problems arose.

Despite clearance to head back, the plane crashed on Sunday, March 11, 2019 causing 157 deaths among them 32 Kenyans.

This was the second Boeing 737 Max 8 to crash in less than six months after a Lion Air Boeing 737 MAX 8 flight went down over the Java Sea last October.

All 189 people on board perished after the new Boeing aircraft crashed just minutes into a flight.

The Civil Aviation Administration of China (CAAC) noted that both the Ethiopian Airlines crash on Sunday and a Lion Air crash in Indonesia in late October involved the most recently delivered Boeing 737 Max 8 aircraft. They both crashed soon after takeoff.

At 9 a.m., CAAC notified Chinese air carriers that they had nine hours to take the planes out of service.

Ethiopian Airlines has already grounded its fleet of Boeing 737 MAX 8 jets as an “extra safety precaution.”

Another grounding was by Cayman Airways which said on Monday that it was taking both of its new Boeing 737 MAX 8 aircraft out of service until more information is received.

In a statement, the Chinese administration said, “Given in both air crashes, the aircrafts were newly delivered Boeing 737 MAX 8, and both accidents occurred during the take-off, they share certain similarities.”

Chinese state-run media say China has one of the world’s largest fleets of Boeing 737 MAX 8, operating 97 of the planes.

Boeing “deeply saddened” by the crash

It added that a Boeing technical team would be travelling to the crash site to provide technical assistance under the direction of the Ethiopia Accident Investigation Bureau and the U.S. National Transportation Safety Board.

At a press conference on Sunday, GebreMariam said the pilot had reported technical difficulties and had been given clearance to return to the Ethiopian capital.

“As it is a fresh incident, we have not been able to determine the cause. As I said, it is a brand new airplane with no technical remarks, flown by a senior pilot and there is no cause that we can attribute at this time,” GebreMariam said.

The United Nations has announced that 19 of their staff members were among the dead. These include employees of the World Food Programme (WFP), the Office of the High Commissioner on Refugees and the Food and Agriculture Organization.

Africa’s largest and most profitable airline

Ethiopian Airlines is Africa’s largest and most profitable airline.

Its repute is at par with American and European carriers making it among the most reputable airlines globally when it comes to safety.

The airline was voted the best airline in Africa in 2018 topping the list.

Ethiopian Airlines is a Star Alliance member with ASKY Airlines and flies to 125 Passenger destinations and 44 for cargo.

China may commercially benefit hugely from the tragedies in Ethiopia and Indonesia.

The Asian giant owns Comac C919 which seeks to compete with Boeing and Airbus with aircraft deliveries expected to start in 2021.

Already, C919 has hundreds of orders from air carriers in China although none have come from overseas clients.

Boeing has already delivered a good number of jets to several countries in comparison to other aircraft manufacturers.

The company has put off its debut of the 777X plane which was scheduled for Wednesday.

Tourists arrive in Tanzania by train