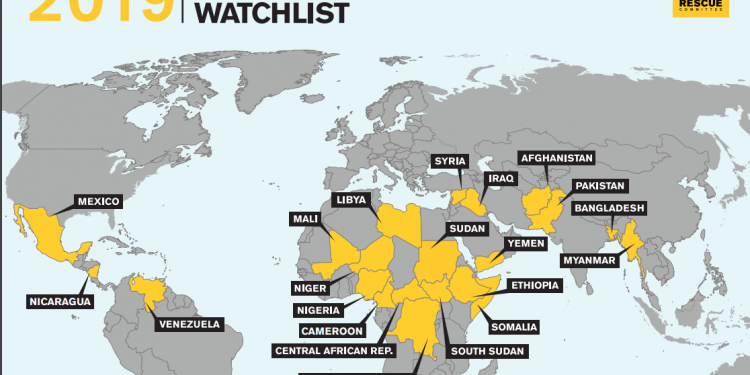 by Kawira Mutisya
in Ethiopia
0
Share on FacebookShare on LinkedIn

Ethiopia and Somalia have been ranked in the top ten 2019 International Rescue Committee (IRC)’s Emergency Watchlist. The two countries, according to IRC, believe are among the countries at greatest risk of experiencing the worst humanitarian crises over the coming year.
The Watchlist provides an analytically robust basis for the IRC to make decisions about where to focus its monitoring, preparedness and other efforts.

“The IRC already has a presence in some of the countries on the Watchlist; in others it does not. Under the IRC’s 2020 strategy, we intend to establish by the year 2020 a Country Emergency Team in all Watchlist countries where the IRC has a presence. Read more about the IRC’s Emergency Preparedness work on Rescuenet.” The report reads in part adding that the list is divided into a ranked Top Ten, which are the countries we believe – on the basis of a mixture of qualitative and quantitative analysis – are the ones at greatest risk of deterioration leading to the most serious emergencies in 2019.
“The other countries are ones we are also deeply concerned about, but which we were not able to rank because they may have been included for distinct reasons.” It adds.

According to the study, the inclusion of countries in the Watchlist and their ranking represents our best guess of the level of humanitarian risk in 2019.

Food insecurity is a major factor in many countries in the Watchlist and nearly all of the Top Ten, illustrating the strong links between conflict and food insecurity. During 2018, crisis worse levels of food insecurity had been reported in parts of Yemen, DRC, South Sudan, Afghanistan, CAR, Nigeria, Ethiopia and Somalia.

Several countries on the Watchlist, most notably Afghanistan, Bangladesh, DRC, Libya and Nigeria, are due to hold elections in 2019 (or late 2018) that could be a prompt for greater instability and thus humanitarian needs in 2019.

Ethiopia is going through a period of rapid transition following the appointment of a new Prime Minister, Abiy Ahmed, in March 2018. He has brought about a swift thawing in relations with Eritrea and introduced political reforms, particularly removing multiple opposition movements from the list of designated terrorist groups.

However, this has also been accompanied by increased internal conflict according to ACLED data. As a result, an Internal Displacement Monitoring Centre report found that 1.4 million people were displaced internally in the first half of 2018, more than in any other country. Many of these occurred over a period of just a few weeks, illustrating Ethiopia’s exposure to rapid onset violence and displacements.

Somalia consequently has a long experience of conflict that has, at times, drawn in both international and regional powers. Since 2007 the UN has endorsed an African Union peacekeeping mission in Somalia (AMISOM), into which Ethiopia integrated its forces in 2013. Somali government and AMISOM forces continue to fight the main insurgent force, the jihadist al-Shabab movement, across large parts of the country, but have driven it back from its 2011 peak when it controlled parts of the capital Mogadishu.

Other countries that could be affected

According to the study, any resurgence in fighting could see new waves of refugees heading to Uganda, Sudan, Ethiopia, Kenya, DRC and, to a lesser extent, other countries in the region.
Renewed violence in the Kasais (south-central DRC) could lead refugees to head to Angola. Ebola could potentially also affect all neighbouring countries and the wider region if the outbreak in DRC spreads uncontrollably. 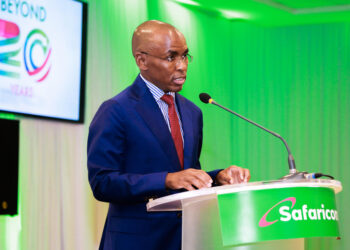 Britam in yet another profit warning for 2018