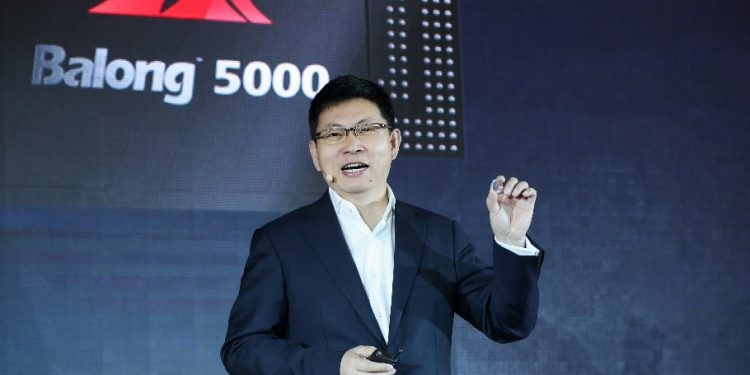 by Njenga Hakeenah
in Countries, Industry and Trade, Tech & Business
0
Share on FacebookShare on LinkedIn

Some 24 U.S. telecom companies use Huawei’s equipment to provide mobile services, high-speed data and landlines to many of the poorest and most remote areas in the country.

U.S. officials have, for a decade, said Huawei could be acting as an arm of the Chinese state under the guise of a private company.

The Americans feel that Huawei could have an ulterior mission especially stealing government and corporate secrets. They fear that Huawei could be on an espionage endeavour using back-door bugs in its telecoms equipment.

Starting with the Obama administration, Huawei was curtailed from acquiring U.S. technology assets.

Locking out Huawei in the U.S.

“Now the Trump administration is preparing an executive order that could significantly restrict all Chinese telecom sales in the U.S.”

What is it that makes Huawei such a threat to the United States?

Is it because it is Chinese and Americans cannot fathom being dethroned- technologically- as the world’s super power?

While Huawei is always pushing cutting edge technology, America’s Apple has been losing favour with its mobile phone users. This especially after it came to light that the American giant slows down the operating system on old gadgets.

Despite the limitations, Huawei is prospering reaping close to half its annual revenue of $92 billion outside China with Europe leading the pack of Middle East and Africa.

In these regions, Huawei’s cutting-edge technology and affordability have made the Chinese company appealing to bargain hunters.

Globally, Huawei is the second-biggest mobile-phone make after Samsung Electronics Co. It is ahead of Apple.

Protectionist tendencies by the U.S. government have seen Huawei being locked out with the likes of Verizon and AT&T saying they would no longer have Huawei smartphones for their customers.

Government pressure has seen the FBI, CIA and NSA warned that Huawei phones were unsafe.

Despite the challenges in the U.S., Huawei has officially launched its 5G multi-mode chipset Balong 5000– along with the first commercial 5G device powered by it, the Huawei 5G CPE Pro.

Together, these two new products provide the world’s fastest wireless connections for smartphones, homes, the office and on the go.

This chipset supports a broad range of 5G products in addition to smartphones, including home broadband devices, vehicle-mounted devices, and 5G modules.

It will provide consumers with a brand new 5G experience across multiple scenarios.

The CEO of Huawei’s Consumer Business Group, Richard Yu says, “It will enable everything to sense, and will provide the high-speed connections needed for pervasive intelligence. Powered by the Balong 5000, the Huawei 5G CPE Pro enables consumers to access networks more freely and enjoy an incredibly fast connected experience.”

He added that Huawei has an integrated set of capabilities across chips, devices, cloud services, and networks.

With a small form factor and high degree of integration, Balong 5000 supports 2G, 3G, 4G, and 5G on a single chip.

It effectively reduces latency and power consumption when exchanging data between different modes, and will significantly enhance user experience in the early stages of commercial 5G deployment.

Balong 5000 is the first chipset to perform to industry benchmarks for peak 5G download speeds.

Balong 5000 is also the world’s first chipset that supports both standalone (SA) and non-standalone (NSA) network architectures for 5G.

With non-standalone, 5G network architecture is built on top of legacy 4G LTE networks, whereas standalone 5G will have its own independent architecture.

Balong 5000 is the world’s first multi-mode chipset that supports Vehicle to Everything (V2X) communications, providing low-latency and highly reliable solutions for connected vehicles.

Huawei’s 5G smartphones powered by Balong 5000 will be released at this year’s Mobile World Congress in Barcelona.

On a 5G network, a 1-GB HD video clip can be downloaded within three seconds, and 8K video can be streamed smoothly without lag.

Huawei began research and development in 5G as early as and is currently the industry’s only vendor that can provide end-to-end 5G systems.


You can also read how the video business is the next big thing for telcos as they enhance user experience and how Huawei revenues hit US$108.5 billion despite “unfair treatment”.