Kenya Prepares To Cash in on WTO Summit

by Alex
in African Entrepreneurship, Countries, Kenya, Trending
0
Share on FacebookShare on LinkedIn

Kenya expects to reap billions of shillings in trade and investments from the planned World Trade Organisation conference slated for December in Nairobi.

Foreign Affairs and International Trade Cabinet Secretary Amina Mohammed said the Sh800 million being injected into the planning and facilitation of the event will yield dividends through increased business interest by various investors.

In an interview with Smart Company Ms Mohammed said the government has allocated Sh400 million to fund the event.

Other major financiers of the global event include the US government, the European Union and a major donor whom the minister said preferred to remain anonymous.

Ms Amina said several multinational organisations have also pledged financial and logistical support for the event which is coming to Africa for the first time.

Most of the financiers are responding to the commitments made under the Marekesh agreements to ensure the success of the event.

“We now have most of the support that we need to stage this event. We are sure the preparation has gone well and we are hopeful that the aftermath would be beneficial to the people of Kenya and the East African region too,” the CS said.

Part of the money is now being used to renovate the Kenyatta International Convention Center where the event will be held.

Ms Mohamed said that 10 committees have been set to coordinate the planning of the conference with major security measures being taken in advance to ensure “any mischievous actions by enemies to sabotage Kenya’s big business day on the global stage are curtailed”.

The CS, who is Kenya’s top diplomat, has been moving around the world mobilising global attention to the country’s first WTO event.

“Ministers of trade of the member states of the African Union met in Nairobi, on 20 July 2015. Our purpose was to sustain and deepen our substantive preparations for the Tenth WTO Ministerial Conference that will be held in Nairobi,” said the CS.

She said a lot of gains on the Doha agreements are expected in Nairobi. Up to 5,000 people will attend the event to be held on December 15-18.

The Cabinet Secretary said a successful outcome of the meeting should include a post-Bali/Nairobi work programme that is “realistic, balanced and which modernises the WTO negotiating agenda and puts the WTO back in centre field”.

“The work programme should be substantively robust, reflect the fundamentals in the Doha agenda as well as issues that will ensure that the WTO is relevant and adaptable,” said Ms Mohamed.

The government has created 10 sub committees to manage the planning of the major international event. The committees handle different aspects of planning which include conference facilities, security, registration, hotel accommodation, budget and procurement, publicity and communication, transport, protocol and liaison, health and medical services and exhibition.

Ms Amina also said that in organising the event Kenya is working closely with WTO headquarters to ensure preparatory standards required are met. 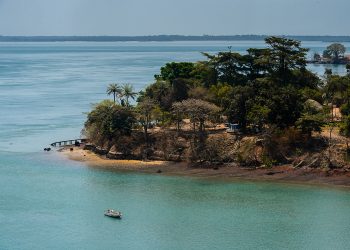