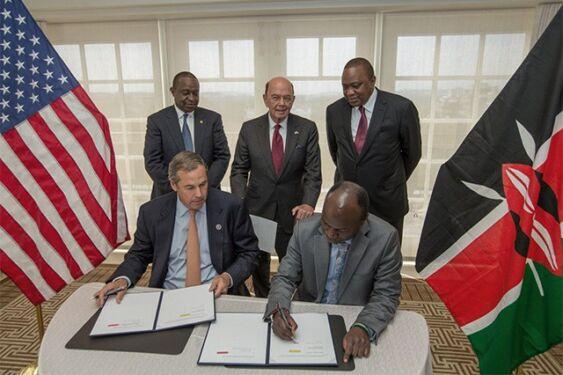 The United States is one of the first countries to establish a diplomatic relationship with Kenya soon after the country gained independence in 1963.

The piece of information analyses Kenya’s relationship with the US intellectually, as a source of analysis of their prospects under President Joe Biden. This is in part due to the underlying political ideology of the Cold War, including the United States’ view of Kenya’s position in the fight against the spread of communism in Africa.

Since the end of the Cold War, when Kenya joined the US-led world war on terrorism, relations have remained relatively good, and they have gained more momentum, following a major terrorist attack by Al Qaeda allies in 1998, when the US embassy in Nairobi was bombed.

In 2006, The emergence of the Islamic militant group, Al Shabaab, in neighboring Somalia also posed a threat to Kenya’s security. Following the intervention of the Kenyan military it was renamed Operation Linda Nchi (Operation Protect the Nation) in Somalia in 2011 to fight Al Shabaab forces, in the years 2012, 2013, 2015, and 2019, members of the group launched a series of retaliatory strikes in Kenya in a series of deadly terrorist attacks.

Aside from close political and economic ties, the US has provided material and weapons support to the Kenyan military.

During the administration of various successful US Presidents, including Bill Clinton, George W. Bush, and Barack Obama, military cooperation within the framework of the war of terror was raised, and under Donald trump’s reign, it declined slightly.

US Funding to Kenya

Under President Joe Biden, there is an expectation that the new American administration will pay close attention.

This includes funding Kenya to reduce the ongoing threats posed by terrorist groups, particularly Al Shabaab, to deal with extremist and intensified terrorist groups within Kenya, and to provide development assistance to the country.

With a growing debt, including growing concerns about the amount of debt owed to China, the US and other donor countries can provide support for the type of investment, increased trade, and equal aid packages that can help Kenya revive economic growth, fight the Covid-19 epidemic, while also reducing its external debt burden. It is for this reason that this article asks how Joe Biden’s presidency may have put Kenya in a different position than what President Donald Trump did.

The United States is one of the first countries in which Kenya has installed a full-fledged embassy. There has been a great deal of peace between the two countries since the first ambassador. In the 1960s, Kenya sent more than 2,000 students to study in the United States on popular Kenyan and American airlines. The planes helped Kenya to stabilize its workforce

During Trump’s presidency, Kenya’s relations with the US deteriorated in part because America was centered on the Middle East, particularly the war on terrorist groups and terrorists in the Middle East, including Islamic State, which contains Iran’s nuclear ambitions and the fallout from the Syrian crisis.

Trump was not a staunch supporter of African countries, and his reference to some of them as “shithole” countries (later denied) did not go down well with most Africans.

The reduction in US spending on UN agencies, most of which, including UNEP and HABITAT, is operating in Nairobi and has also affected Kenya indirectly. Although Kenya experienced a decline in US economic support during the Trump administration, there are high hopes that the situation will change for the better during President Biden’s tenure.

Kenya-US Relations during the Biden Administration

During President Biden’s presidency, Kenya’s relationship with the US is likely to have improved, much like the close ties enjoyed during Bill Clinton and Barack Obama’s tenure. It is widely expected in Kenya that the country will receive more support from the US under the new regime. This is due to the belief that American Democratic Party presidents, such as Obama, have been providing Kenya with more resources in the form of aid and support and special programs focused especially on Kenya.

The development of direct and indirect investments and debt relief. And that time it is hoped that the African policy made by Joe Biden will make Nairobi the center of sensationalism on the continent.

The Kenya Defense Forces (KDF) is likely to receive continuous or expanded equipment, training programs, and military support in its fight against terrorism and extremist violence.

It is also possible that the cost of American refugee programs will increase, and Kenya will benefit as the manager of the world’s largest refugee camps, such as the Kakuma and Dadaab refugee camps. Kenya’s membership of the UN Security Council (UNSC) could be instrumental in the administration of Biden, which may aim to exploit Kenya’s strategy of engaging with Africa on several issues, including cooperation with China.

The prospects for Kenya-US relations have flourished under Biden’s presidency, but this does not pose any challenges related to pressing domestic priorities on both sides.

US support will benefit Kenya’s trade, economic growth, and security as well as help deal with the negative effects of Covid-19. Security cooperation aimed at combating violent terrorism and terrorism in Kenya and the African Province will also contribute to the stability and integration of regions in East Africa.

Other areas to be considered at the international level include infrastructure support, immigration and refugee policy, cultural exchange, ICT, foreign debt management, and tourism.

Also Read : How Angola is planning to revive its oil industry, jumpstart economy