by Joseph Kangethe
in Kenya, Telcos
0 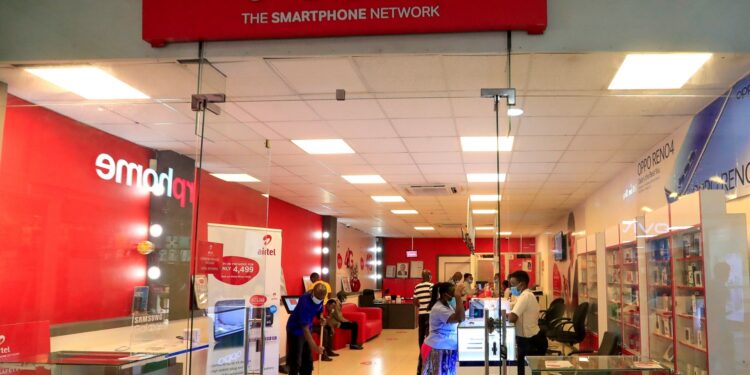 Airtel Kenya is set on having Safaricom declared a dominant player in the telecoms industry to level the playing ground.

The causes of the financial losses have been additional lending, forex losses as the shilling depreciate, and postponement in paying interests.

Capitalization interest due to being paid stands at Sh1.34 billion, which has disrupted cash flow in the firm.

Airtel Kenya said that the issued shareholder funds, revenue generated from its operations, and borrowing from external lenders had kept the company afloat.

The parent company has committed to financially afloat the company if any additional funds are required to meet the firm’s obligations.

In 2020, Airtel Kenya losses doubled to sh5.9 billion resulting in a cumulative loss of Sh77.41 billion ($680 million), its highest loss in history. Auditors have been raising a red flag on the company’s financial health and stability.

As of December 2020, Airtel Kenya’s net liability position shot to sh47.3 billion from sh37.18 billion as of December 2019, which heightened the probability of its insolvent position.

In efforts to keep its wings flapping, Airtel Kenya had capitalized interest worth Sh1.29 billion and converted sh2.88 billion worth of loans to equity to fund cash injection into its mobile money service.

Airtel Africa, which funds operations in 14 African countries, has a cumulative debt of $3.12 billion. The company has an uphill task in running telecommunications services, especially mobile money, in some countries in Africa.

The telco is reviewing its mobile service business in Africa to list it on the stock exchange market.

The listing has attracted investors from three Companies-Qatar Investment Authority (QIA), MasterCard, and The Rise Fund-who have signed agreements to inject $500 million into Airtel mobile money operations in exchange for a minority shareholding in the exchange market.

In 2021, Airtel Africa’s mobile money business valuation on the continent was at $2.65 billion.

The telecommunications market in Kenya has been dominated by Safaricom, with the company posting a net profit of Sh68.87 million in the financial year ending December 2020.

The firm accused the Competition Authority of Kenya of:

“Declaring Safaricom’s dominance is the first step to ensuring market competitiveness which we believe has been the sticking point and critical barrier in taking any steps to rectify any market anomalies in Kenya, part of the Petition from Airtel Kenya read.

The firm further incriminated Safaricom for only protecting its revenues from other telecom competitors.

CAK cut the current MTR charge from Sh0.99 per minute, after a freeze of six years, to sh0.12 per minute.

However, Safaricom defended its dominance, saying that competition is healthy and any telecom company can build its power by increasing investments and creating innovations.

The firm’s chief executive, Peter Ndegwa, said that Safaricom did not have any dominance and could not act independently of other players and service consumers.

Airtel referred to eight countries in Africa where companies had been declared dominant in the market with even lower holdings than Safaricom in the telecommunications market.