by Kimani Chege
in Agribusiness, Kenya
0 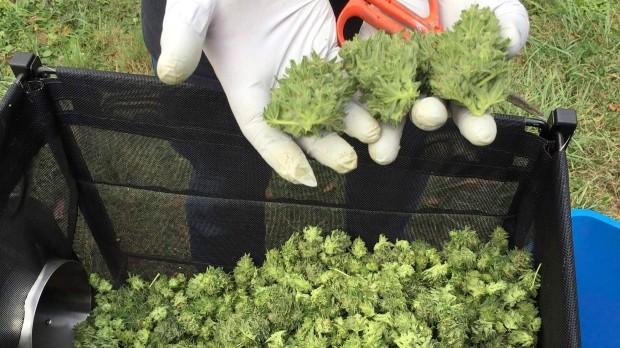 American GoIP Inc. has announced that  negotiations cover an initial lease of 500 acres for production, which can be expanded significantly. The lease term will be for 25 years.

An American company has announced that it has obtained the initial approval from the Kenya’s Ministry of Agriculture and is finalizing steps for licensing to export Cannabis.

However, it is not clear under what circumstances these negotiations were based as growing and use of marijuana is illegal in Kenya both for medical and recreation.

The company has announced that the current negotiations cover an initial lease of 500 acres for production, which can be expanded significantly. The lease term will be for 25 years. The company expects to finalize the agreements in short order and contract to begin the process of growing, cultivating and exporting.

GOIP notes that Kenya being on the equator provides the best conditions for year round production coupled with being a major agricultural export country, will allow Kenyan Cannabis production to fill the need for medical and recreational cannabis demand for the European Union and Canada.

“After visiting Kenya and meeting with officials in country, I’m very excited about the prospects this agreement brings to our company. This is the first of several critical transactions that will transform GOIP into a relevant member of the burgeoning cannabis industry,” Ike Sutton, CEO of the company stated.

Several efforts in Kenya have been going on to allow the cultivation of Marijuana for medical purposes and the latest one is by MP Ken Okoth who announced last year that he is preparing a bill to legalise the growth and consumption of the drug.

In a letter dated September 21, 2018, the legislator wants Parliament to regulate the growing and safe use of marijuana.

“The proposed Bill seeks to ensure that there is regulation for growth and safe use of marijuana and hemp including the registration of growers of growers, producers, manufacturers and users with special focus on protection of children/minors from illicit use just as we do with tobacco and alcohol,” reads the letter.

The legislator also wants research and policy development on growth and use of marijuana and hemp for medical, industrial, textile and recreational purposes “with a focus on preservation of intellectual property rights for Kenyan research and natural heritage, knowledge and our indigenous plant assets.”