A view of Nairobi City,Kenya's Capital.

The company was seeking orders to stop KRA from collecting Ksh2.3 billion(US$238.8 billion) in tax debts from its affiliate company registered and operating in Kenya.

The High Court in Nairobi, Kenya, has ruled in favour of Kenya Revenue Authority(KRA) in a tax related case filed by a Dubai based company.

The company was seeking orders to stop KRA from collecting Ksh2.3 billion(US$238.8 billion) in tax debts from its affiliate company registered and operating in Kenya.

Suzan General Trading JLT had sought among others an order to stop KRA from enforcing the warrants and distress notices issued on July 9, 2018 in respect of a tax (customs duty) debt owed by its affiliate company Diplomatic Duty-Free Limited (DDF) amounting to 2, 296,210,133 shillings. 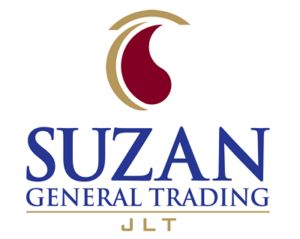 The company had also sought to stop KRA from “interfering with its business operations on account of the debts owed to KRA by DDF” and “from issuing and enforcing any further proclamations whatsoever on its property in relation to a debt due to the KRA by DDF”, a company that is totally distinct, separate and unconnected to it.

The applicant in the case (Suzan General Trading JLT) also sought to stop KRA from interfering with its business operations because of the debts owed to KRA by DDF and an order of court directing KRA to lift the proclamation dated July 9, 2018 issued by Keysian Auctioneers in respect to its property.

Suzan Duty Free contested the proclamation notice and argued that the same was unreasonable and that the goods that were proclaimed belonged to it and not DDF.

Suzan Duty stated that KRA was illegally and unlawfully causing it to pay debts that were for DDF that is a distinct entity.

KRA’s position on the case which was successfully argued was that DDF incurred import duty taxes which were demanded on  5th August 2013 and reminders sent on 25th September 2013 which went unacted upon.

In arriving at the decision, the Court found that the suit by Suzan Duty Free was not properly before Court because Suzan Duty free had not complied   with the provision of Section 52 of Tax Procedures Act, that is the matter ought to have been determined by the Tax Appeal Tribunal.

Thus, Suzan Duty Free had not exhausted the remedy provided in the law before filing the Case in the High Court.

In conclusion, the Court held that the issues and reasons why the case was brought before Court were not capable of being resolved by way of judicial review proceedings and accordingly struck out the suit with no orders as to costs.

“Following the judgment, KRA is at liberty to proceed and enforce collection of the taxes due of Ksh2,296,210,133,” commissioner  of legal services and board coordination Paul Matuku said.