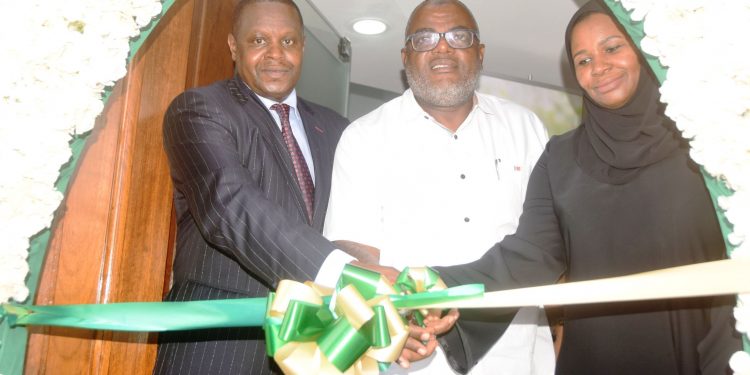 The lender has opened two branches in Nairobi and Mombasa within a week.

by Salum Mohamed
in Banking, Kenya
0
Share on FacebookShare on LinkedIn

DIB Bank Kenya Limited, a wholly owned subsidiary of Dubai Islamic Bank PJSC, has opened a new branch in Kenya as it moves to expand its network in the East African nation.

The latest branch was opened in the coastal town of Mombasa, bringing to two, the number of the bank’s branches at the port city.

This comes barely a week after launching a new branch in Nairobi’s Eastleigh suburb.

Located East of the Central Business District, Eastleigh is predominantly inhabited by Somali immigrants. It is described as “Little Mogadishu”, as well as “a country within a country with its own economy” on account of its robust business sector.

The second Mombasa branch is located at Bondeni area which is also largely inhabited by the Muslim community.

According to the bank’s management, the new branches are geared at enhancing the bank’s reach at key business locations to cater for its target customers segments of commercial enterprises, small and medium enterprises and individual customers.

“The opening of a second branch in the Coastal city of Mombasa, home to the largest and busiest port in East Africa, is a further step in the implementation of a plan that will see the bank expand its business activities in the Kenyan market,” management said in a statement.

With a second branch in Mombasa, DIB Bank seeks to meet the growing need of Shariah-compliant financial services in a city with a vibrant economy largely driven by business emanating from the Port of Mombasa, general trade, tea, tourism and manufacturing including cement manufacturing.

“Since we launched the DIB brand in Kenya two years ago, we have continued to invest in the country with the objective of growing our business in Kenya and to widen our branch network in order to be closer to our customers” said DIB Bank Kenya Chief Executive Officer Peter Makau.

“The new branch, which is conveniently located at the Suhufi Plaza in Bondeni Mombasa along Abdul Nassir road, will give residents of Mombasa community the opportunity to benefit from DIB Bank Kenya’s Sharia-compliant banking products and services. Currently, DIB has presence in Nairobi and Mombasa with five strategically located branches in these cities,” added Mr. Makau

Those present at the launch included Mombasa Senator Mo

READ ALSO:Islamic banking is not only for Muslims- Alhuda CIBE MD

DIB Bank Kenya Limited is a wholly owned subsidiary of Dubai Islamic Bank PJSC. The Bank, which was licensed and began operations in 2017, is a fully-fledged commercial bank that offers exclusively Sharia compliant Banking services to both business and personal customer segments.

Dubai Islamic Bank (DIB) – UAE was the first Commercial Islamic Bank to be established in the world in 1975 and is a public joint stock company listed on the Dubai Financial Market (PJSC).