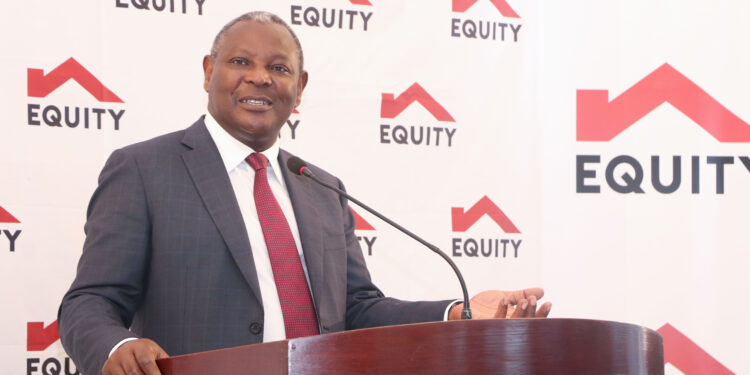 by Wanjiku Njugunah
in Banking, Business, Investing, Kenya
0
Share on FacebookShare on LinkedIn

Equity Group has recorded superior performance for the year ended 31st December 2021 despite the challenging operating environment of a global COVID-19 pandemic.

Despite zero-rating mobile transaction offerings, transaction income grew by 37% to KSh 10.4 billion, up from KSh 7.6 billion on the E-commerce and Merchant banking business.

Total income grew by 21% to surpass the psychological USD 1 billion mark to record KSh 112.4 billion, up from KSh 92.9 billion the previous year.

Total Assets grew by 29% to KSh 1.305 trillion, up from KSh 1.015 trillion driven by a corresponding 29% growth in customer deposits to KSh 959 billion up from KSh 740.8 billion, resulting in excess cash being deployed in low yielding government securities at 9.6 %. In comparison, the cost to income remained reasonably constant at 49.1%, up from 48.5%.

Return on Average Equity expanded to 26.1%, up from 15.3% while Return on Average Assets grew to 3.5% up from 2.3% on the back of benefits of economies of scale and efficiencies of digitisation and a shift of business model from fixed costs to variable cost resulting in the enhanced returns.

The bulk of customers’ engagement and consumption of banking products and services is now on digital internet and mobile channels on self-service devices, delivering 24-hour banking experience and convenience.

The Group’s offensive and defensive strategy has led to achieving the twin objective of securing the future while securing market gains of customer consolidation.

Equity Group CEO James Mwangi said the bank has now strategically positioned itself as a systemic regional diversified business in six countries. The dominant market in Kenya contributes only 59% and 63% of the Assets and Revenues, respectively.

Strict adherence to IFRS 9 has led to full recognition of lifetime risk in the Asset portfolio, with provisions for the portfolio at risk being 98% and 128% with credit risk guarantees.

“We have strengthened our business model to achieve an embedded shared value concept in our twin-engine of social and economic aspirations and deliverables. We have scaled our social and environmental impact investments in capacity building and enhancement through education, health, and entrepreneurship training,” said Dr Mwangi.

“We have strengthened our participation in formalising and integrating the informal sector in the real economy with the formal supply chains and ecosystems of agriculture, small, and medium enterprises. To strengthen the social contract of shared prosperity, Equity is celebrating the strong social brand and exceptional performance by offering 2,000 comprehensive Wings to Fly scholarships for four years at an anticipated cost of KSh 2 billion representing shared prosperity with host communities.”

Equity said it has a positive outlook on the future. Mwangi said they had launched a Marshall Plan’ Africa Recovery and Resilience Plan’ with a seed fund of USD 6 billion equivalent to KSh 690 billion to act as a stimulus for the private sector.

“We are optimistic that the ‘Africa Recovery and Resilience Plan’ holds great promise for Africa’s socio-economic prosperity, and Equity Group is well-positioned to catalyse this outcome,” concluded Dr Mwangi. 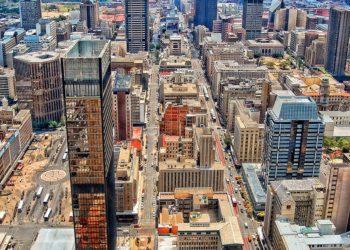