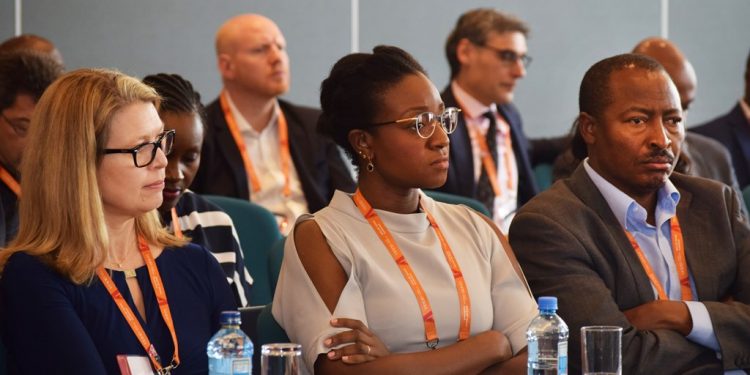 Delegates at the AVCA gender round table

The African Private Equity and Venture Capital Association (AVCA) has hosted its inaugural gender roundtable at the 16th Annual Conference in Nairobi.

AVCA recently organised a roundtable on the role of gender in private investments with leaders drawn from top institutional investors and development finance institutions (DFIs), as well as global and local private equity firms as it explored the role played by different gender in pooling resources for investments in Africa.

The event’s proceedings were chaired by Michelle Kathryn Essomé, Chief Executive Officer, AVCA, who highlighted that gender was becoming an increasingly important priority for the Association’s members.

The emerging consensus was that gender diversity is a crucial consideration when investing but that it could play a greater role in the due diligence process. Toben Huss, Chief Executive Officer, IFU concluded that “We’re encouraged by the fact that gender-smart investing is gaining more and more traction. As LPs, we have a clear role to play in making sure that General Partners (GPs) are paying greater attention to gender.”

A session with Ngalaah Chuphi, Partner, Ethos Private Equity, Genevieve Sangudi, Managing Director, The Carlyle Group and Runa Alam, Chief Executive Officer, Development Partners International, focused on GP perspectives. Ms. Alam, who is also a steering committee member of PEWIN, an organisation for women leaders in private equity, noted that “Diversity of people means diversity of decision-making. We’ve witnessed first-hand how this has instilled a great culture within our firm and has led to high returns to investors. Women continue to be heavily underrepresented in key positions, both within private equity (PE) and venture capital (VC) firms, but as LPs put the spotlight on this issue, the tide seems set to turn”.

Tokunboh Ishmael, Managing Director, Alitheia Identity added that “female entrepreneurs are the future of Africa’s growth but are massively underrepresented in terms of access to capital. We’ve made it our mission to support them and drive structural growth on the continent”. On the topic of performance, Papa Madiaw Ndiaye, Chief Executive Officer, AFIG Funds commented that “the numbers speak for themselves: gender-balanced teams within firms generate better returns and gender-balanced teams within portfolio companies generate higher valuations.”

Stephen Priestly, Managing Director, Funds and Capital Partnerships, CDC Group emphasised the importance of collaboration, highlighting that “the dialogue between LPs and GPs can play a key role in solving gender imbalances in the PE ecosystem”, while Suzanne Gaboury, Chief Investment Officer, FinDev Canada concluded the session, adding that “Gender is now among the key considerations of ESG. We need to keep focusing our efforts to ensure our vision is fully implemented throughout the industry.”