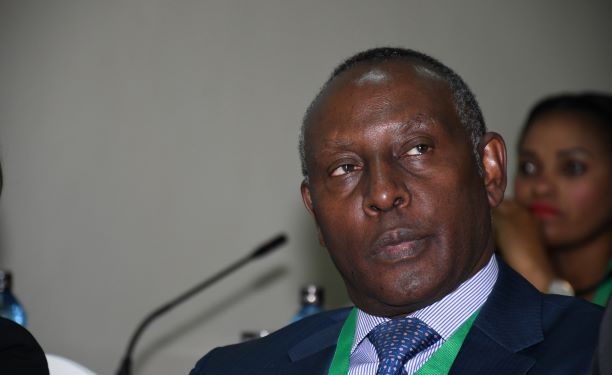 Former Kenya’s securities boss ascends to the helm of ISO

by Kimani Chege
in Kenya
0
Share on FacebookShare on LinkedIn

For the first time in 70 years, an African will next week become the head of the global standards body, the International Organization for Standardization (ISO).

Mr. Eddy Njoroge, a board member at the Kenya Bureau of Standards (KEBS) and a former Chairman at the Nairobi Securities Exchange will be confirmed as the 1st President of ISO from Africa, during the organization’s 42nd General Assembly Meeting that begins on Monday 16th September in Cape Town, South Africa.

Njoroge, 66, who missed the appointment by one vote in 2016 on his first attempt at the Beijing elections, brings to ISO over 10 years of experience in the field of standards.

He served as the CEO of Kenya Electricity Generation Company (KenGen) where he spearheaded its transformation from a parastatal to a publicly listed company. Most significantly, he led KenGen to become the first Kenyan public body to be ISO 9001 certified in 2004.

“I will be reiterating the commitment I made when I was elected, that is, to enhance the use of International Standards in governance besides working with SMEs to improve their conformity to global standards,” says Mr. Njoroge.

He promises to focus on areas that will be beneficial to both Kenya, the African continent and the world including promoting the use of international standards as instruments to redress trade imbalance and position them as strategic part of industrial growth.

Mr. Njoroge is keen to ensure that the public gets to know the benefits of having standards as well as amplifying the developing world’s voice in Standards development.

International Standards determines access to global markets as it defines the characteristics that products and services must meet for export standards.

During his tenure, Eddy will operate from Nairobi when he replaces Canadian John Walter as the president of the global standard’s body. Founded on 23rd February 1947, the Organization promotes worldwide proprietary, industrial and commercial standards.

Standards from the global body have been described as a powerful force in the way commerce is conducted worldwide in a changing and increasingly globalized world.

Read also: Can Kenya take the seat on the UN Security Council?