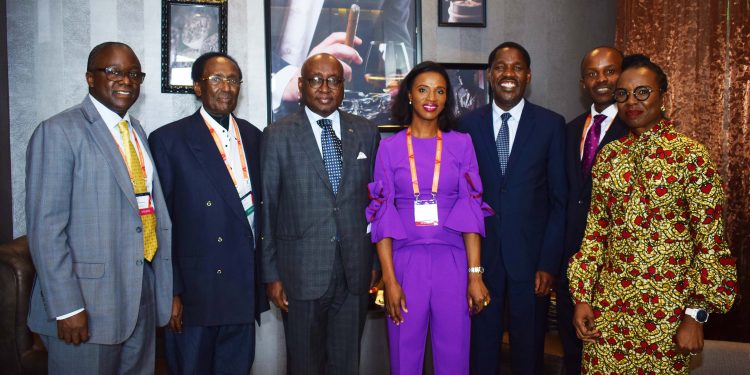 Kenya is keen to tap on Private Equity (PE) funds and Venture Capital to implement a section of President Uhuru Kenyatta’s Big Four Agenda, the government has revealed.

This comes as the country hosts the 16th annual African Private Equity and Venture Capital Association (AVCA) conference in Nairobi, a forum which has brought together fund managers and financial experts from across the world, who collectively manage more than US$1.5 trillion (Sh151.3 trillion) in assets.

President Kenyatta has taken the opportunity to call on private equity funds and investors attending the conference to take up investments under his Big Four plan, assuring them of government support in safeguarding their investments.

They include value addition in the country’s manufacturing sector, a key pillar of the Big Four, where the government plans to increase the sectors’ contribution to the GDP to 15  per cent by 2022, from the currently paltry 8.5 per cent.

The government has also called for investments in the health sector where President Kenyatta has promised Kenyan’s universal healthcare by the end of his second term in 2022.

Opportunities are there for further development of the pharmaceutical sector, manufacture of medical equipment locally, and also for medical insurance services.

Another pillar is housing where the government is keen to deliver about 500,000 units through Public Private Partnership model by 2022Housing. The plan is to ensure affordable and decent housing for Kenyans.

The housing deficit is estimated at between 200,000 and 250,000 units annually, against a supply of 50,000 units, hence opportunities exist in applying low cost housing techniques.

“The Government will provide the land, rules and regulations for the development of the projects and already a structure has been put in place for funding of the projects,” said Peter Munya, the Cabinet Secretary for Industry, Trade and Cooperatives, who represented the President at the official launch of the summit.

On Food Security, the fourth pillar, investments are encouraged in agricultural production, raising productivity and post-harvest management technologies for attainment of food security.

“Investors would also be encouraged to reduce the dependency on rain fed agriculture,”  Munya noted.

SMART Agriculture and mechanization is being encouraged to enhance yields and improve efficiencies in the agriculture value chain.Other investment opportunities under in the food and nutrition sector.

According to President Kenyatta, the key strategic areas of focus over the next five years will accelerate broad based economic growth, and confront the challenges of unemployment, poverty and income inequality so as to better the life of all Kenyans.

Besides the numerous investment opportunities, there are additional opportunities in the enablers such as energy, physical infrastructure, ICT, technical skilling, science and technology.

“We invite you to take up these opportunities. Kenya Vision 2030 presents additional opportunities in wholesale,retail trade, oil and mining, the blue economy, and financial services,” President Kenyatta said in his message.

Over the last five years, the Kenyan government has implemented various policies and structural reforms under the Economic Transformation Agenda to foster a rapid social-economic transformation.

More than 500 top fund managers and strategic investors from across the globe are meeting in Nairobi for the two days conference, which also has another two days of professional development programmes and close up engagements where major deals are expected to be sealed.

“The investment environment in Kenya is good something we expect to continue in the coming years as the country remains a top investment destination in East Africa and Sub-Sahara Africa at large,” Essome said.

Kenya is ranked as Africa’s second most attractive country for PE investment over the next three years, according to AVCA.

Official data shows the country reported 110 PE deals between 2013 and 2018 valued at US$1.3 billion. This accounted for 59 per cent of deals by value in East Africa.

Private equity is an alternative investment class and consists of capital that is not listed on a public exchange. It is composed of funds and investors that directly invest in private companies, or that engage in buyouts of public companies, resulting in the delisting of public equity.

Venture capital on the other hand is financing that investors provide to start-up companies and small businesses that are believed to have long-term growth potential.

Venture capital generally comes from well-off investors, investment banks and any other financial institutions. However, it does not always take a monetary form; it can also be provided in the form of technical or managerial expertise.

Old Mutual, a UK-based international financial services group providing investment and savings, insurance, asset management and retirement solutions, increased its stake in UAP – Old Mutual Holdings from 60.7 per cent to 66.7 per cent, in a deal to purchase a six per cent stake in UAP-Old Mutual for Sh3.1 billion.

Another deal was by Fanisi Capital which entered into an agreement to invest up to Sh400 million in Kitengela International School.

“We expect to see more capital being raised in the East Africa economies with Kenya expected to remain one of the most attractive destinations for capital investments,” said Paul Kavuma, CEO Catalyst Principal Partners during a panel discussion.

Football and Africa’s Big Bucks: Why the game is big in Africa