by exchange
in Kenya
0
Share on FacebookShare on LinkedIn

The County Government of Kilifi says that more than 300,000 people facing starvation due to lack of food. With children being the worst hit. Locals fear losing their livestock, which lack food as well. It is hot and dry in most parts of Kilifi County, and the story on crop failure is has become rampant.

County officials say the affected area is in dire need of food aid and water supply for the next nine months, when they expect the next harvest.

Latest food security rapid assessment done in June indicated that Ganze Sub-county, which has a total population of 137,664 people is worst hit by famine, with 58,277 people currently going without food.

In Chakama in Magarini Sub-county 5,944 people out of the total population of 11,289 also need urgent supply of food and water. The report compiled by the county government through the Department of Disaster Management, with the support of the World Vision, the Kenya Red Cross, World Food Programme and the National Drought Management Authority in Kilifi portrays a grim picture on the food security situation in the county.

Kilifi Governor Amason Kingi admits that the whole county is faced with starvation owing to poor harvest after the crop failure due to a long dry spell. Mr Kingi accuses the national government of keeping relief food meant to be distributed to the hungry. “It is shocking to learn that relief food donated by the national government to be distributed to the hunger stricken families has been kept in government stores at Bamba Sub-county and yet the people are continuing to suffer in silence,” says Kingi.

Coast Regional Commissioner Nelson Marwa has however dismissed Kingi, and says that the national government is prepared to deal with famine. Mr Marwa says the government has already mapped out the most affected areas like Ganze, Mariakani, Kaya Fungo in Kilifi County and Kinango in Kwale and parts of Tana River County as some of the famine hot spots. 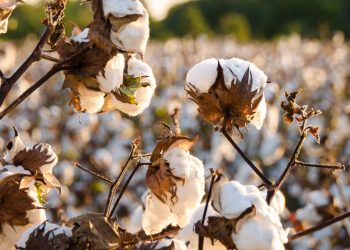 Millers turn down maize worth sh.2.5 billion from NCPB

Why President Museveni turned down EU's deal on EPA