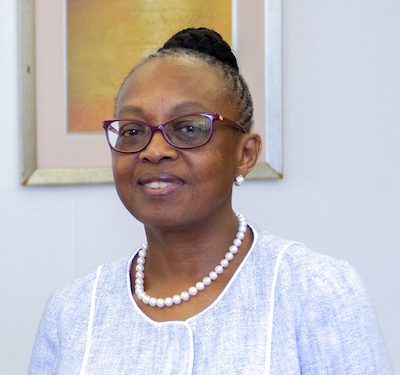 WHO Regional Director for Africa Dr Matshidiso Moeti. She cautions that the cost of lost labour in Africa from poor air quality exposure is about USD 6.8bn- on a per capita basis- and it is the highest in the world. [Photo/WHO]

Partnership to reduce air pollution deaths in Kenya kicks off

Every child under the age of five in Africa is exposed to unsafe levels of air pollution risking their development physically and intellectually.

The WHO Regional Director for Africa Dr Matshidiso Moeti says, “The financial impact is unmistakable but, like the health costs, it is often ignored. The World Bank estimates that air pollution cost Sub-Saharan Africa 3.8 per cent of gross domestic product growth in 2013, around $114bn.”

She adds that these health-driven expenses are expected to grow faster than GDP if nothing is done.

“Air pollution is leading to more days spent in the hospital and out of the workforce. Just the cost of lost labour in Africa from air pollution exposure is about $6.8bn — on a per capita basis, it is the highest in the world,” Dr Moeti cautions.

This World Health Organisation (WHO) report released in October last year finds that this number compares with just over half of children in high income countries breathing unsafe air.

WHO says that nine out of 10 people breathe air containing high levels of pollutants. This results in around 7 million people dying every year.

Kenya is no different and the increasing air pollution has prompted Liquid Telecom Kenya to partner with Africa’s largest non-profit civic technology network Code for Africa (CfA) to install air quality sensors at 3,000 sites across the country.

This is following warnings that air pollution is killing more than 20,000 Kenyans a year.

The sensors will be installed in a phased rollout at Liquid Telecom Kenya’s towers country-wide and powered by the company’s new Internet of Things (IoT) Low Power Wide Area (Sigfox LPWAN) network.

The nationwide rollout follows a pilot exercise in Nairobi with 60 air sensors managed by CfA’s sensors.AFRICA.

The pilot has confirmed widespread and dangerous air pollution in the city, supporting estimates from the Global Burden of Disease Study (GBD) that 20,739 Kenyans are dying each year from air pollution.

Such measurements represent a key tool in combatting pollution.

According to results from the pilot sensors, even on a Sunday, when traffic and industrial activity levels are reduced, Nairobi’s air quality is averaging 45 per cent to 65 per cent above the minimum safe pollutant levels set by the WHO.

Across Kenya, WHO reports that air pollution is ​the fifth largest cause of deaths and disability after alcohol.

​However, actual deaths may be higher still, with air pollution increasing the risks of multiple lifestyle diseases, from diabetes and strokes to cancers.

He added that poor garbage collection also results in citizens burning plastic and other garbage on roadsides, making pollution even worse

The Kenya government has moved to tackle this crisis with tougher air quality regulations in the 2015 amendment of the Environmental Management and Coordination Act of 1999.

“The authorities know pollution is bad, but no-one has until now had localised evidence about exactly how bad, or where the hotspots are. Liquid Telecom Kenya’s new IoT network will help sensors.AFRICA create a detailed map of the problem, so that everyone can understand the scale and nature of one of our nation’s biggest killers,” said Liquid Telecom East Africa Chief Executive Officer Adil El-Youssefi.

Under the partnership the sensor network will be expanded to Mombasa and Nakuru, with Liquid Telecom Kenya’s IoT network reducing the running costs for each of the sensors from Ksh18,000 a year using traditional WiFi networks to just Kshs1,200 a year.

The sensors will be deployed in a phased approach, starting with Nairobi’s Central Business District before moving to other towns.

read how a German giant has also come into Kenya to boost its ailing health sector.