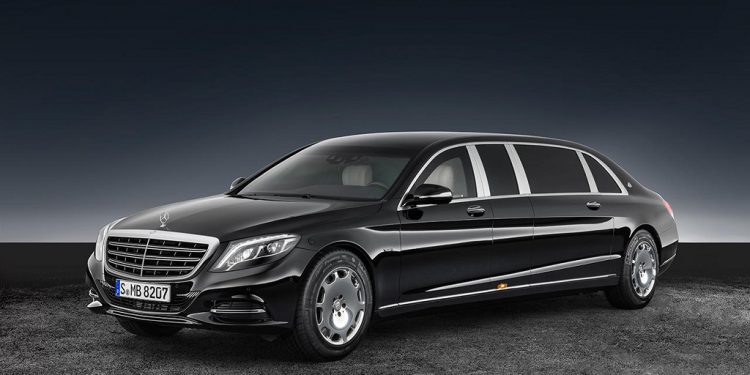 A Mercedes Maybach S600. The demand for luxury cars in Kenya has dropped with the Kenya Motor Industry Association (KMIA) showing new car sales dropped by 14.68 per cent. [Photo/Autos Kenya]

The demand for luxury cars in Kenya has dropped significantly if the first two months of 2019 are anything to go by.

According to statistics from the Kenya Motor Industry Association (KMIA), the overall sale of new cars dropped by 14.68 per cent to 1,680 from the 1969 units sold in a similar period the previous year.

The hardest hit are BMW and Porsche which did not make any sale in that period.

Land Rover sold 8 cars dropping from 14 that were sold at a similar period in 2018. These included Range Rover which falls under the Land Rover fleet.

Mercedes, which sells through DT Dobie, sold 49 units in the two month period. This was a notable increase from the 32 it sold at the same time in 2018.

Jaguar and Jeep Grand SUV sold only one unit each in the two months. For the Jeep, DT Dobie a drop of one from two SUVs sold in the same period the previous year.

There was a small increase of units sold by Isuzu East Africa having sold 588 units in the two months up from 531.

While it is not clear whether preference, purchasing power or other factors have contributed to lower sales, Toyota’s sales fell from 403 to 349 this year in comparison to what the popular brand sold in the first two months of 2018.

A factor that could have contributed to the sales drop is the fact that banks are not easily lending to individuals after the interest cap law was implemented.

Another factor that may be the reason why individuals are not buying luxury cars could be the lifestyle audits of public servants and those who do business with the government.

Toyota’s dominance in the Kenyan market

The car in front is always a Toyota is a slogan that has been on the roads for many years and as of December last year, this was proven to be true.

Data from the Kenya Revenue Authority (KRA) showed that Toyota controls 57.3 per cent of all motor vehicles sales in Kenya.

In the data, KRA revealed that out of the total 169,206 registered in the previous 22 months through October, 97,105 of these were Toyotas.

Most buys show that about 87 per cent of registered vehicles are used models which are imported into Kenya having been used in other markets.

Market perspectives for the future

According to F2M, Volkswagen has been the first to return to production in the country starting local operations in 2017 after a four-decade absence.

The German automaker is producing the Polo Vivo model from SKD kits.

Nissan is in advanced discussion with the government to open an operational assembly line by the end of 2019. This is in partnership with Isuzu East Africa Ltd., Associated Vehicle Assemblers Ltd., which belongs to Simba Corp., and Kenya Vehicle Manufacturers, a venture between the government, Toyota Tsusho Corp. and Al-Futtaim Group.

Once established, the Kenyan facility will feed the Eastern Africa market, which is currently served by imports of light trucks from South Africa with other models coming from Japan.

In addition to its plant in South Africa, Nissan has an assembly line in Nigeria.

You can also read about the two Peugeot models to be assembled in Kenya this year, the disposable income in East Africa and why Chinese presence in Africa has caught Japan’s eye.

Tanzania urged to set aside $65 million, budget by its prime minister