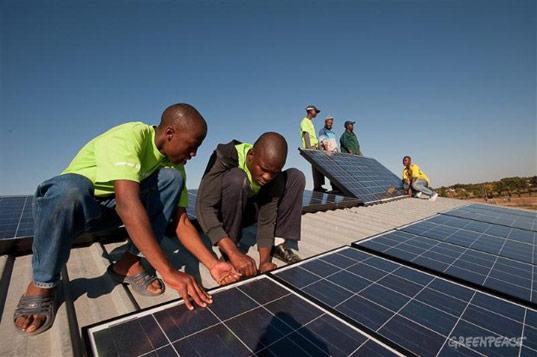 A major shift is now being witnessed with most of the industries investing in clean energy sources that are both affordable and sustainable.

by Brian Misiati
in Energy, Kenya, Manufacturing
0
Share on FacebookShare on LinkedIn

The Kenyan energy sector is grappling with transiting to clean power as the country cannot afford to be left behind in the global transition to renewable energy.

Worldwide, countries are moving from fossil fuel and other dirty energy sources which many claim to be the source of pollution that has led to climate change. Africa suffers the most from the effects of climate change which has led to many Africans having to deal with increased poverty and uncertainties.

Despite being the least contributors to climate change, African countries are unable to properly adapt to global warming changes.

Therefore efforts have been ongoing in most of these countries, which are categorized as the developing countries, most of which are in Africa, to enable them to mitigate and adapt to some of the challenges that come with climate change.

Read: Africa voice in COP26. Will it be heard?

These countries have been experiencing severe flooding, severe droughts, rising sea levels and desertification among others. among the challenges are inadequate electricity generation from hydro sources since many of the rivers and water bodies have been affected by the phenomenon.

In Kenya, for instance, the energy sector is largely to blame for greenhouse gas emissions that are trapped in the atmosphere causing global warming. These emissions include those from the transport sector and thermal energy generation which largely rely on diesel. Also, the major source of energy used in industrial manufacturing comes from fossil fuel which apart from polluting the environment is also harmful to human health.

However, all efforts have been directed in that sector to try and make it greener and cleaner. Among consumers, a major shift is now being witnessed with most of the industries investing in clean energy sources that are both affordable and sustainable.

Such initiatives have made Kenya be rated among the top countries that are implementing their nationally determined contributions that seek to cut greenhouse gas emissions in the country by 32 per cent by 2030.

The latest industry to have made noted efforts to transit to clean Energy is Bamburi Cement Factory situated in Bamburi Mombasa.

Through a statement, the company says it has partnered with MOMNAI Energy limited in an agreement that will see them set up two solar plants to operate near their Mombasa and Nairobi factories. This is in a bid to cut on costs and also the power outages in the main grid.

If installed successfully, it means the partial shift will also have a ripple effect for the firm at the Nairobi Stock Exchange (NSE). Bamburi Cement’s electricity bills are up to Kshs 600 million (US$5.3 million) per annum which is 10 per cent of their stock at the NSE.

Documents at the firm show that in 2020, a total of Kshs 6.04 billion (US$60 million) was used in sourcing for electricity and other energy sources which were also from other fossil fuels.

With calls for companies to shift to green or clean energy, Bamburi Cement Factory becomes the second major firm to embrace the shift after East African Breweries Limited (EABL) shifted last year with a KShs22 billion (US$2.2 million) investment plan to green energy.

Miriam Ngolo, the strategy and business development director at Bamburi said that the Company was elated to be making the switch that will not only enable the company to cut on electricity costs but also help push for the nationally determined contributions goal of cutting greenhouse gas to achieve net-zero carbon emissions.

The Bamburi Cement energy project is expected to take off within the year as currently, the only thing being awaited is proper documentation and approvals, the moves come at a time when more power consumers are finding alternative sources of energy following an outcry that the major supplier Kenya Power had expensive tariffs.

Just recently, the government gazette put up a 15 per cent cut on electricity tariffs in a bid to curb the rampant electricity bills but with the innovation of solar panels, it seems the shift will be more experienced in the days to come as the government also put up structures in place for the just transition.

Interestingly, statistics from the International Renewable Energy Act Agency show that it’s not only Kenya factories, industries and companies that are shifting towards renewable energy, countries like Egypt, South Africa, Ethiopia and Morocco have also shown strong commitments towards energy transition.

Although Africa’s greenhouse gas emission is a negligible 2 per cent of the world’s total emissions, Africans continue being the hardest hit by the impacts of climate change and for that reason measures need to be put in place to reduce any further emissions.