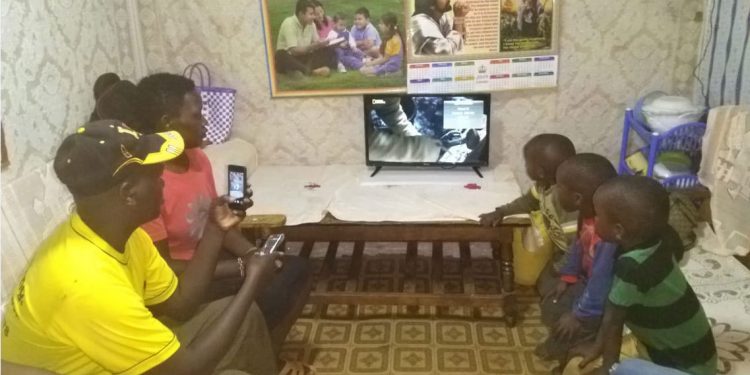 Through the Sun King EasyBuy pay-as-you-go technology, customers also have the option to purchase their Sun King Home 400 through flexible installment plans

by Kimani Chege
in Energy, Kenya
0
Share on FacebookShare on LinkedIn

Greenlight Planet is a for-profit social business that designs, distributes, and finances solar home energy with an under-served population in mind: the 1.3 billion global consumers for whom the old-fashioned electrical grid is unavailable or too expensive.  Since its founding in 2009, the company has become a leading global provider of solar-energy products to over 27 million rural consumers in more than 60 countries.

This product introduction represents the company’s most recent step toward providing Kenya’s off-grid population with quality access to lighting, entertainment, and information. The 24-inch TV comes as part of the Sun King Home 400 plug-and-play solar home system, along with two tube lights, two hanging lights, a motion-sensor security light, and an optional torch and radio.

Patrick Muriuki, Greenlight Planet’s Business Development Director for Africa, says, “Televisions have become a crucial part of the home and social life even in rural areas of Kenya. The Sun King televisions will open up a world of experiences for customers. They will provide families with increased access to information from all over the world, ensuring that they are updated with current affairs, news, and educational content.”

The first iteration of the Sun King Home 400 featured a 19-inch television, and it has already enabled 60,000 new television viewers in Africa. “With the larger 24-inch TV, we are confident we will further boost access to entertainment and information amongst Kenyans,” predicts Muriuki.

The Sun King solar powered televisions are built with the durability, longevity and performance needs of the modern rural consumer in mind. An energy conservation feature ensures that the system’s stored energy is efficiently utilized by features our consumers value most: light, television runtime and mobile phone charging.

The efficient lithium battery also ensures a long lifespan: customers can expect at least seven years of maintenance-free usage. The television can channel content from a variety of sources, including a port for USB memory sticks as well as HDMI input.

Solutions to solving Africa’s digital divide must include satellite

Why Africans can now shop internationally but pay locally