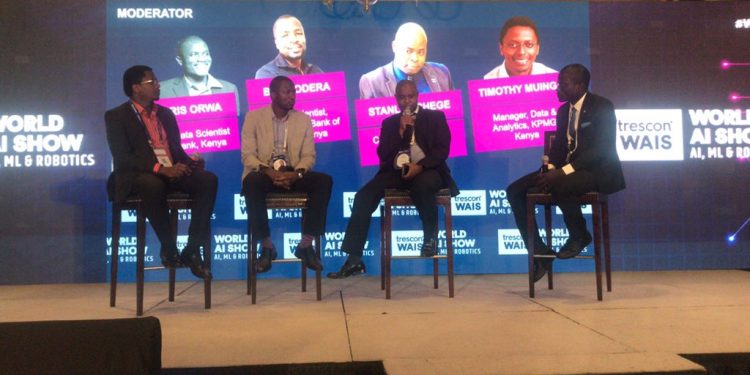 World AI Show is a thought-leadership-driven, business-focused, global series of events taking place in strategic locations across the world.

Artificial intelligence has for a long time sounded an abstract theory for most people in Africa but an event been held in Nairobi is helping clear the air on how the continent is already exploring the us of AI in insurance, banking, transport and other areas for service delivery.

The World AI show organised by Trescon Global aims to bring together experts and policy makers on how the continent can leverage the technology which is still being developed globally.

World AI Show is a thought-leadership-driven, business-focused, global series of events taking place in strategic locations across the world. The show is part of a world tour that is taking place in Nairobi, Dubai, Singapore, Mauritius, Riyadh and Mumbai this year.

Kenya has become one of the leading players in Eastern Africa, in terms of adopting emerging technologies like AI and Blockchain. According to a recent research by the PricewaterhouseCoopers, it is reported that by the end of 2030, the AI market will contribute 15.7 trillion USD to the world’s GDP, out of which 1.2 trillion USD will be from African countries.

Kenya has already started its journey to the world of emerging technologies like Blockchain and Artificial Intelligence and is becoming a gateway for technologies to enter the Eastern African countries. Recently, the Kenyan Government has appointed an 11 member Distributed Ledger and Artificial Intelligence Taskforce to enforce the President, Uhuru Kenyatta’s ‘Big Four’ strategies for 2022.

Eastern African countries had shown tremendous improvements in their economy during the last few years. The Fourth Industrial Revolution, which will be driven by the emerging technologies are going to be in favour of Africa.

Kenya as a nation has the potential to provide the basic infrastructure facilities for emerging technologies compared to other East African countries. They have started building a team to transform the nation to become the AI hub for East Africa and even for the whole African continent. Unlike the other countries in Africa, Kenya was enormously benefited from the Third Industrial Revolution in terms of advanced Information and Communication facilities.

Stanley Chege, the Chief Information officer of Madison Insurance Company based in Kenya notes that the company is already exploring the use of AI for developing solutions that are easing premium payments and claims reimbursements as well as detecting fraud and money laundering.

Billy Odera, a data scientist from the Commercial Bank of Africa notes that for AI to work well in Kenya, there is need to relook issues of data privacy such that there is no need to share coustomers information with a third party without their consent.

“I believe we need to guard the information we have because it has gotten to a point where some fintechs in Kenya are going beyond coustomers private information and sharing the data with a third party which is unethical,” he notes.

Dr Bitange Ndemo said time is ripe for Kenya to start reaping the benefits of a couple of years of experiemnting the use of AI for public service. He gave an example of the use of Huduma number which the government is rolling out to all its citizens in order to access key government services.

Jerome Ochieng, Principal Secretary, Ministry of Information, Communication and Technology and Innovation, Government of Kenya spoke on ‘Kenya’s vision to become a tech hub and its AI roadmap’.

What is threatening most family businesses in Kenya