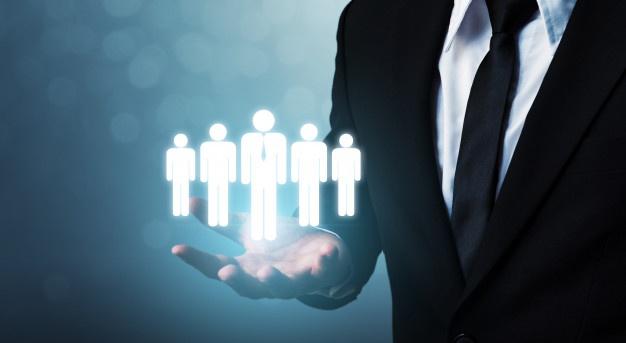 Millions of jobs could be created if governments spend more-IMF

IMF said that in the period of high uncertainty, increasing public investment by 1 per cent of GDP could strengthen confidence in the recovery and boost GDP by 2.7 per cent

Governments should increase public investments to boost their economies after the massive shock from the Covid-19 according to the International Monetary Fund (IMF).

In June the IMF predicted a contraction of 4.9 per cent in global GDP for 2020 but the fall could be even higher as many governments are now dealing with the second wave of infections. The IMF is now calling on governments to increase public investments so as to aid economic recovery and create jobs.

“For advanced and emerging market economies … Increasing public investment by 1 per cent of GDP in these economies would create 7 million jobs directly, and between 20 million and 33 million jobs overall when considering the indirect macroeconomic effects,” the fund said in its latest Fiscal Monitor.

IMF said that in the period of high uncertainty, increasing public investment by 1 per cent of GDP could strengthen confidence in the recovery and boost GDP by 2.7 per cent, private investment by 10 per cent, and employment by 1.2 per cent.

According to the fund, when governments step up their public investments, they signal their “commitment to growth and stability” which tends to boost private investment too.

For countries with easy access to finance, “borrowing to finance public investments of good quality will be an effective strategy because the global decline in interest rates has set a lower bar for investment projects to be beneficial,” the IMF said. 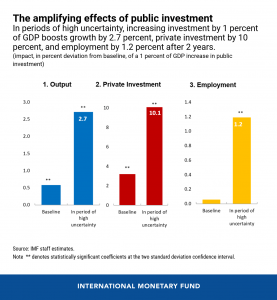 It advised that the governments which are struggling to borrow to plan for a gradual increase in public investments and may need to re-allocate current spending or find new sources of revenue.

For governments to promote social distancing, they should invest in digital infrastructure which is essential and will also help them in narrowing the digital divide within their societies.

“Even with social distancing, public investment is feasible and can be delivered quickly if governments take four steps,” the IMF said.

This will include immediate investments in maintenance, speeding up projects in the pipeline to bring them to fruition within the next two years, reviewing and restarting promising projects and beginning to plan for new projects aligned with their post-crisis priorities.