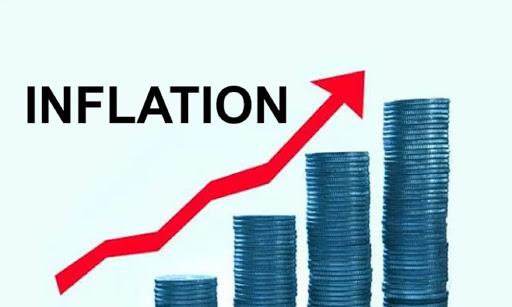 In the preceding month of March, the country's inflation was 18.7 per cent

Nigeria’s inflation rate has dropped. According to the consumer price index report released by the National Bureau of Statistics (NBS) on Monday May 17, 2021, the inflation rate recorded a slight drop in the month ending April 2021, shedding 0.05 per cent to close at 18.12 per cent in the month under review.

In the preceding month of March, the country’s inflation was 18.7 per cent.

According to the NBS inflation report, the Consumer Price Index, which measures inflation increased by 18.12 per cent (year-on-year) in April 2021.

The NBS in its report stated that increases were recorded in all Classification of Individual Consumption by Purpose divisions that yielded the headline index.

The corresponding 12 month year-on-year average percentage change for the urban index was 15.63 per cent in April 2021.

Nigeria’s annual inflation climbed to a more than four-year high in March, rising 82 basis points from a month earlier to 18.17%.

Galloping food prices have heaped pressure on households in Africa’s largest economy, which is also facing a shrinking labour market and stagnant growth at a time of mounting insecurity.

Nigeria’s government in March said it will cut import duty on tractors and mass transit vehicles to try to reduce transportation costs and tackle high food prices that are contributing to the double-digit inflation.

President Muhammadu Buhari has made investment in rail and road a focus of his administration’s drive to kick-start growth, but falls in public revenue – linked to lower oil prices due to the global coronavirus pandemic – have checked his ambitions.

Nigeria, Africa’s most populous country, went into recession – its second since 2016 – in the third quarter of 2020, as the coronavirus pandemic caused oil prices to crash, slashing state revenue, creating large financing needs and weakened the naira.