by Njenga Hakeenah
in Countries, Manufacturing
0 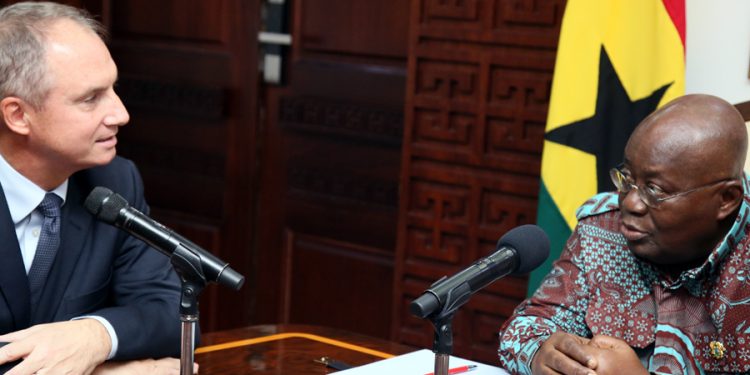 President Akufo-Addo (right) with Fabrice Cambolive, Renault's Vice President and Chairman for Africa-Middle-East-India (AMI) Region. Renault is set to establish an assembly plant in Ghana, joining a long list of carmakers interested in the continent. [Photo/ISD]

French carmaker Renault is set to establish an assembly plant in Ghana, joining a long list of carmakers interested in Africa.

The multinational automobile manufacturer’s Vice President and Chairman for Africa-Middle-East-India (AMI) Region, Fabrice Cambolive, announced this on Monday when he called on President Akufo-Addo at the Jubilee House in Accra.

“For us, we are now to see if our capacity to bring our products to this country is marching with your policy and, if it is okay, we will be delighted to do that,” he stated.

Cambolive said he was privy to the values of Ghanaians, which to him, were critical to the company and “hope that we will be able to concretize it in a really hard project, not a short-term project, but a long-term project, and if everything is matching, we will come back to you as soon as possible.”

President Akufo-Addo expressed his happiness and optimism about the announcement, describing it as good news.

“Ghana is the most preferred destination, business friendly, impressive economic indicators and political stability in West Africa region, to establish an assembly base,” Akufo-Addo.

He added, “We are the second largest economy in West Africa. So, there are lots and lots of reasons why Ghana is a well-positioned place for you.”

Akufo-Addo said they were looking upon Ghana as the gateway to West Africa with a market of some 350 million people, which is scheduled to go up to 500 million people by the year 2030.

“So, we think that it will be a good place for you to make it,” the President added.

Other car manufacturing companies like Volkswagen, Sinotruk and Nissan are expected to establish their assembly plants in Ghana this year.

In July last year, Volkswagen rolled out its first car manufactured in Rwanda from its Kigali assembly plant.

The German automaker ventured into the Rwandan market in early 2018 as it set to compete in the manufacturing sector with other key players.

The company identified the market as a potential investment hub to expand its business in Africa, following similar experience in South Africa where it has cemented its brand.

Nigeria, Kenya and Algeria are other countries the German has established its branches in Africa.

Rwanda President Paul Kagame expressed his desire for Rwanda to manufacture its own automobiles rather than relying on imported cars that limit the growth of the industry.

Volkswagen is also eyeing the Ethiopian market after the country’s shift late last year. The country of 105 million people has seen an increase in Foreign Direct Investments () since the new Prime Minister Ahmed Abiy and first female president took over.

In December last year, UNCTAD produced a guide on investing in Ethiopia. The iGuide has all the information an investor would need when investing in the country.

And as Renault courts Africa, Nissan Motors is already establishing its footprint in East Africa with plans to set up a local assembly plant in the East African region.

Following the arrival of Peugeot in Kenya in 2017, the automotive market growth is rapid as different automotive dealers make haste to cement their brands and mark on the African soil.

Toyota has been an undisputed major key player in the African continent but the Japanese automaker has been facing a tumultuous time since the arrival of big names in the market.

Already, some African countries are starting to produce their own vehicles which are made for the terrain. In Kenya, Mobius is already marketing its brand while Uganda has Kiira Motors, Ghana’s Kantanka Automobile Company and Nigeria’s Innoson Vehicle Manufacturing Company. 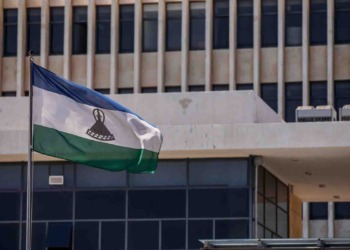