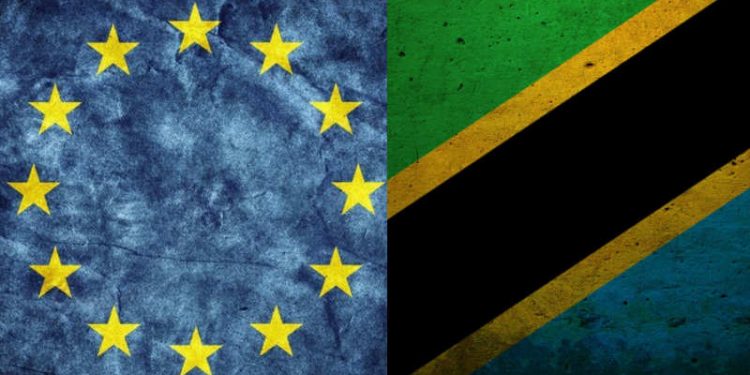 In the wake of circulating rumours that the European Union (EU) has resolved to withhold 626 million Euros in grant money, Tanzania has gone on the defense and denounced the rumours as false, unfounded and misleading.

Tanzania’s Ambassador to Belgium, Jestus Nyamanga took to social media to deliver a video response to the ‘unfounded allegations,’ which he described as bias, malicious and meant to stir confusion among the public.

“There are no talks to impose any sanctions on Tanzania…” he said, and  added allegations purported that the EU Parliamentary Committee session held on November 20 in Brussels had resolved to withhold grant money to Tanzania and was deliberating economic sanctions on the country.

“This is not true,” the Ambassador asserted, “…the meeting … was a regular session of the Parliamentary Committee on Foreign Affairs and that session did not issue any resolution on Tanzania.”

According to the Ambassador, the meeting’s deliberations on Tanzania were not of alarm.  “This is only as a regular practice of the session—to discuss the status of a development partner country post its general election,” he said and explained that the discussion was but only a minor ‘exchange of views.’

According to the EU, most of its funding to Tanzania originates from the European Development Fund (EDF) in the form of grants. The EDF is financed by EU Member States and supports cooperation activities in the fields of economic, social and human development, as well as regional cooperation and integration.

In the framework of the 11th EDF National Indicative Programme (NIP) for Tanzania, the EU has committed EUR547 million to: good governance and development, energy, and sustainable agriculture.

The EU is Tanzania’s biggest development partner but that is not to say the two are always at par.  Only in February this year, Tanzania and the EU buried the hatchet and the latter released some 52.13 million euros in development aid.

This was the first major funding announcement by the EU after almost two years of ill-air over human rights and rule of law concerns which saw the EU withhold 88 million euros in 2018 that would otherwise have served as annual financial support to the country.

At that time, the EU Deputy Head of Delegation, Emilio Rossetti reassured stakeholders that relations between the EU and Tanzania have never been in question.

“The implementation of the EU development aid support to Tanzania has never been put into question. Tanzania benefits from budget support programmes in various sectors that are complex and closely monitored for accountability and results,” Mr. Rossetti was quoted by local media.

The EU’s main objectives concerning Tanzania are to contribute to:

The EU-Tanzania partnership is founded on essential elements as provided for under article 9 of the Cotonou Agreement; in particular respect for human rights, democracy, good governance and the rule of law.

EU-Tanzania trade relations are based on the unilateral trade concession scheme known as “Everything But Arms” according to which all Tanzanian products except arms may be exported to the EU market free of any quota or customs duties. 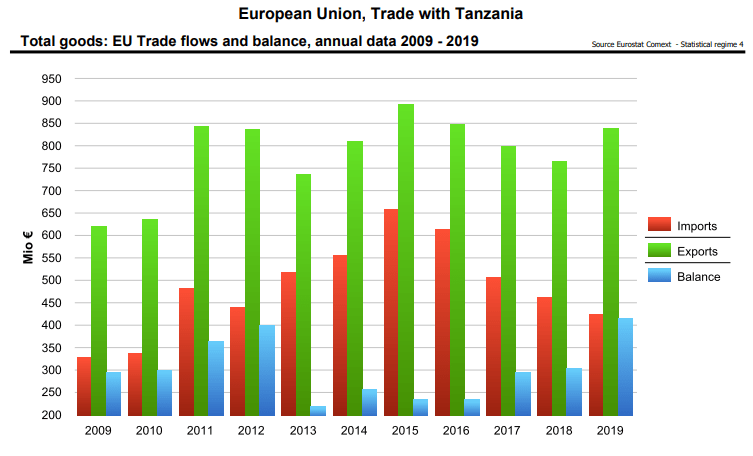 EU and its Member States have a joint approach in Tanzania that aims at combining dialogue, advocacy and technical interventions within three focus areas: i) support to a more inclusive political system with particular attention to women and to freedom of expression; ii) increased and improved accountability and fight against corruption; and iii) promotion of peace and political stability.

Cooperation is the second fundamental pillar of EU-Tanzania relations. In keeping with Tanzania’s own development agenda, EU-Tanzania cooperation has three main objectives: to reduce poverty, promote sustainable development and support integration of the country into the world economy.