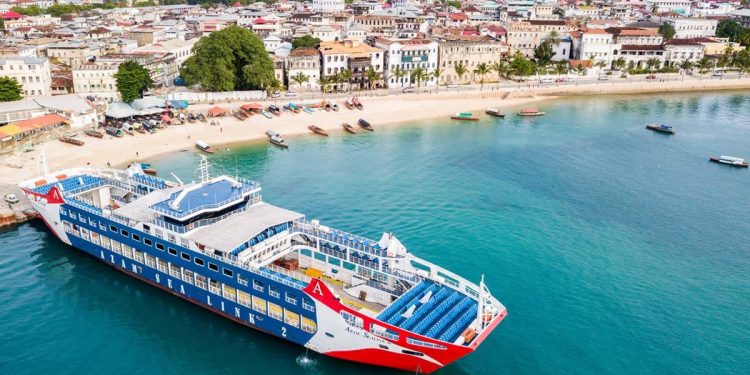 Zanzibar’s agriculture, fishing, forestry, and services sector are accounted to have substantial share in the nation’s Gross Domestic Product (GDP)

According to the study, inflation remained fairly balanced, revenue collection has been gaining substantial raise, while the external sector performance dwindled.

Zanzibar which is a semi-autonomous region of Tanzania, with fertile historical and economic relations with Tanzania, has been taking crucial steps in its economic endeavors, including agriculture and tourism.

According to the 2018 National Budget brief of Zanzibar, prepared by Office of the Chief Government Statistics (OCGS) and United Nations Children’s Fund (UNICEF), Zanzibar has maintained impressive economic growth; government revenues and expenditures are expanding rapidly. In the financial year of 2017/18, the approved budget totals $ 483 million which is a 29 per cent increase in total expenditures in nominal terms (or 26 per cent in real terms).

Further, food inflation stayed at ease, remaining at 1.5 per cent from 2 per cent, this was due to moderation in the prices of, fish, rice, and bananas.

On the government budgetary operations, during September 2019, government resources, comprising of revenue collections and foreign grants, reached over $32 million of which $ 31 was revenue and the remaining balance was accounted as grants.

The report also went ahead and depicted that, revenue collections were 85.5 per cent of the stipulated target for the respective month and higher than the amount collected in September 2018 by 12 9 per cent.

The report states that: Out of domestic revenue, over $28 million was tax collections and $ 2.7 million was non-tax revenue. Foreign grants disbursed during the month were around $ 1 million, higher than projections by 5.4 percent. Revenue collections from July to September 2019 amounted to $ 85.9 million, equivalent to 84.7 per cent of the target.

READ:Zanzibar all set for another International Tourism Show

The reports display the external sector performance to have less strong economical sound interaction, whereas the sector recorded a deficit of $ 73.1 million in the year ending September 2019, compared to the surplus of $ 2.8 million in the corresponding period in 2018.

The report argues that the deficit was attributed to the increment in imports coupled with the decline in exports.

Per the report,  during the financial year ending September 2019 the value of goods and services exported, took a 12.7 per cent decline, from the previous recorded amount of % 12.2 million, whereas—the report indicated that this was largely on account of a decline in the volume of cloves exported associated with cyclical nature of the crop.

“Cloves worth $ 2.3 million were exported during the year to September 2019 compared with $ 49.6 million exported in the year ending September 2018. Likewise, the exports value of seaweeds, the second major export commodity, declined by 15.7 percent to $ 4.4 million. On the other hand, export value of fish and fish products grew significantly on account of continued improvement of fish farming and higher demand in the neighboring countries,” the reports argue.

However, in the same context, the income from services increased to $ 192.9 million in the year ending September 2019, from $ 170.1 million, in the previous period in 2018. The increase is argued to have emanated from the increase in tourism activities.

In the import sector, the report shows that: Imports of goods and services amounted to $ 237.0 million in the year ending September 2019, an increase of 18.1 percent from the corresponding period in 2018. Imports of intermediate and consumer goods, as well as payments for services were the major drivers.

Also, all major categories of goods were shown to have increased, except for capital goods, more importantly, good imports accounted for 71.7 per cent of imports of goods and services during the year ending September 2019.