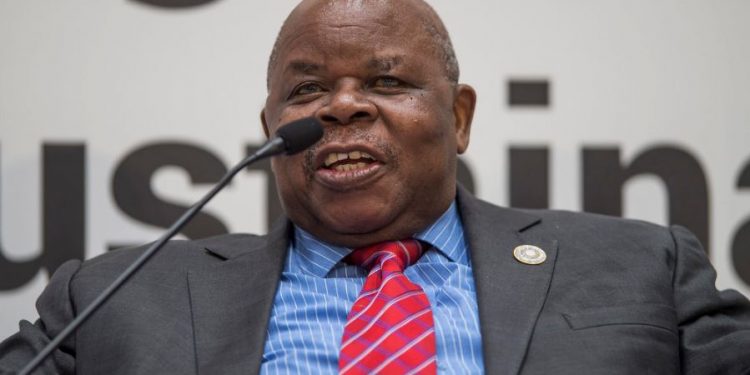 The late president Benjamin Mkapa was in office from 1995 to 2005, was an important figure who streamlined Tanzania’s economic vision to the forefront.

Tanzania has lost a vibrant development champion, energetic politician and a great diplomat, Benjamin William Mkapa—the third President of Tanzania. The tragic news of his passing came to the public via the Tanzania Broadcasting Corporation (TBC) where the current President John Magufuli told the nation Mkapa died at a Dar es Salaam hospital, on the night of July 23.

“Our beloved Benjamin William Mkapa, the third president has passed away at a Dar es Salaam hospital where he was admitted,” President Magufuli said.

The late president was in office from 1995 to 2005, whereby during his tenure, Mkapa became an important figure in Tanzania politics and development horizon, by rolling in rather vital and strategic policies and initiatives to streamline Tanzania’s economic vision.

As a journalist, diplomat and a well-groomed politician under the late Julius Nyerere, Mkapa came to office with a clear-cut goal to eliminate corruption—leading to the creation of the Prevention and Combating of Corruption Bureau (PCCB).

Mkapa’s two terms in office were of paramount importance to the trajectory of Tanzania’s economy. The late president brought substantial progress that is currently carried by the current incumbent, including developing the mining industry, expansion of investment, and industrialization.

According to The New Humanitarian just at the start of his administration, Mkapa engaged economic recovery programmes, robust macroeconomic policies and structural reforms, including the privatisation policy initiated by his predecessor, Ali Hassan Mwinyi.

“The results were striking: In 2004, inflation stood at around 4 per cent, down from 27.1 per cent in 1995; while the annual economic growth rate reached 6.7 per cent in 2004, up from 3.6 per cent when Mkapa took office,” the New Humanitarian reported

Further by 2005, foreign reserves had increased to an equivalent of eight months of imports, and revenue collections stood at about $140 million a month, more than triple the amount for 1995-1996.

Then later on 14 July 2005, the New Humanitarian report showed that “the late Mkapa told parliament that his administration had achieved macroeconomic fundamentals, which in turn had boosted investor confidence in the country and the government, a far cry from the situation when he was elected president,”

In terms of settling debts, Mkapa’s tight policies made the World Bank and the International Monetary Fund (IMF) IN November 2001 cancel over $2 billion in debt.

His contribution to Tanzania’s telecommunications legacy is noticed, as Tanzania stands to be Africa’s fast-growing cellular phone market, Mkapa seeded the efforts as he liberalized the telecommunication sector.

The financial sector also gained momentum as he managed to propel the growth of the banking sector as of now at least 40 commercial banks, scores of bureaux de change and a healthy chain of microfinancing NGO’s.

Mkapa was also an initiator of crucial regulatory and management bodies such as the tax, water and sewage authority, communications regulator, energy and water regulator, transport and also poverty alleviation strategies.

Also the third president he made Tanzania become a keen actor in perfusing and forging peace initiatives across conflicting areas in Burundi Democratic Republic of Congo and Rwanda.

However, the Humanitarian argues that “Mkapa has also been instrumental in cementing regional economic integration through the East African Community and Southern African Development Community (SADC). East Africa set its course towards a common market after the region started implementing Customs Union Protocol in January 2005, and Tanzania has continued to play a key role in the economic integration among SADC member countries,”

Mkapa will be remembered for his unwavering passion towards cementing good governance, equity, justice and poverty elimination regionally and internationally.

In addition, president Magufuli declared a seven-day mourning period, during which all flags will be flown at half-mast