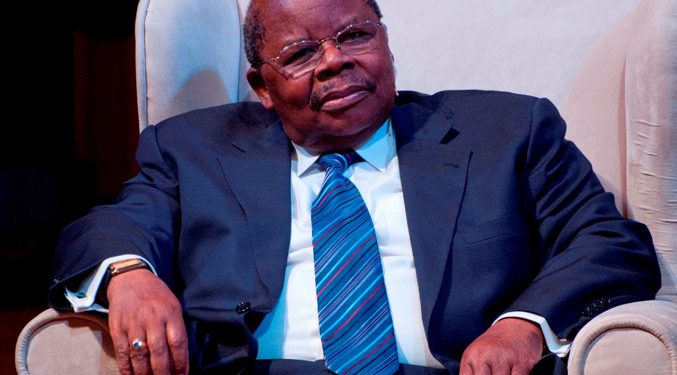 It is with no doubt that Tanzanians remember the period when the country rose from a state-controlled economy attached to socialist objectives; then came efforts to broadcast Tanzania to the world, heralding a liberalized economy and pursuing market-oriented reforms. It is significantly crucial to say Tanzania remembers this vital stride, made possible by its late third President Benjamin William Mkapa, who passed away on July 23 in Dar es Salaam, Tanzania.

Mkapa was Tanzania’s most distinguished political figure whose tenure as president began from 1995 to 2005.  He assumed many international and regional roles, as a diplomatic figure, peace negotiator and a chair to different bodies such as Southern African Development Community (SADC), and founder of a trust in his name.

As Tanzania mourns his passing and also celebrates his utmost service to the most vital office in government, it is of paramount importance to exercise remembrance of his political legacy that laid a foundation for Tanzania to be a mushrooming platform for investment, trade and peace.

Mkapa took the helm of power when the nation was still under state-controlled economy, featured by monopolistic and heavily regulated production structures in all sectors of the economy, according to the International Monetary Fund (IMF).

As the economic reforms (liberalizing economy and market-oriented reforms) began taking root in the 1990s, they gained momentum under his administration.

According to a 2005 IMF working paper authored by Volker Treichel titled Tanzania’s Growth Process and Success in Reducing Poverty, in 1996 a year after he assumed power, the reforms were intensified, resulting in significant progress in macroeconomic stabilization and an acceleration of growth.

Mkapa breathed life into Tanzania’s economy, stood firm with his philosophy in the slogan “Truth and Transparency” and despite various challenges (as many governments face and his incumbent saw) he remained undeterred and progressed to make Tanzania a centre for excellence in the region.

During that period and so far to a large portion of the past decade, growth was mostly fetched from agriculture, services, trade and tourism-related services, while construction and manufacturing followed.

Tanzania remembers Mkapa’s efforts to enhance industrialization, whereby exports of manufactured goods tripled since 1996, and his administration went along to strengthen export competitiveness and increase its contribution to growth.

As his administration went along and rolled out privatization of most parastatals, and experience harsh criticism for it, Mkapa became open about it and elaborated on various errors his government made.

“Our preoccupation should not just have been in privatization, but there should have also been a monitoring instrument,” Mkapa argued before the audience during the 8th Mwalimu Nyerere Intellectual Festival in 2016.

Also, he gave a candid explanation on the matter in his memoir, “My Life My Purpose” arguing “There was no option but privatization really. Enterprises should have been making money and helping with government revenue, yet they were dependent on government handouts”.

Mkapa continues, adding, “People were fed up with those parastatals which were taking money out of the treasury instead of generating money for the treasury.”

Through the lens of history and governance, Mkapa’s administration took heavy blames for complex socio-political events and economic related events. Hence, the late diplomat, journalist and politician came to the public with his side of the story regarding privatization policy which had unfavourable outcomes.

“Some socialist ideologues were uneasy, but no-one could offer an alternative. What else was there to do other than to try to find business to partner with, or sell these enterprises outright?” the late president said in his memoir published last year.

However, the IMF report painted nearly nine Mkapa years in the office well, arguing that “following the liberalization of banking services in 1995, foreign direct investment in this area has also grown very rapidly, and the banking industry is now dominated by foreign banks. During 1996-2003, the financial services sector grew by almost 5 per cent annually in real terms, up from 2 per cent during 1990–95.”

The above narrative was also a reflection of economic transformation as it went towards interest rates and ushering in the Banking and Financial Institutions Act, which facilitated the growth of private financial institutions and gave Bank of Tanzania a vital role to play, licensing, regulating, and supervising of banks and non-bank financial institutions.

Macroeconomic stabilization will be remembered as one of Mkapa’s dynamic strides, for which  the 2005 IMF working paper noted that “earlier high rates of monetary expansion, stemming in part from imprudent credit policies, were curtailed by tighter supervision of state-owned banks and the privatization of the National Bank of Commerce.”

Further, his administration improved monetary management by the central bank which IMF argued was also supported by the adoption of a cash-management system, that limited expenditure to available revenue, as well as by the steady inflow of donor support, which virtually eliminated the budget’s domestic financing requirements—a major source of inflationary pressures in the past.

It is vital to commend his administration in furnishing Tanzania with today’s economic instruments to garner revenue and push the country to a middle-income level.

This means that the Mkapa administration’s fiscal consolidation breathed life into tax revenue collection from a very low base, according to Treichel.

According to his memoir, “My Life My Purpose: A Tanzania President Remembers, “it is also important to note that the banking landscape received an extra push as his administration reduced interest rates from 36 per cent to nearly 15 per cent by the end of his tenure in 2005.

Tanzania will remember the late Mkapa not only as a fierce champion for development but an avid international and regional representative in various essential positions, bringing in his experience.

As UN Secretary-General António Guterres’office put it in a just-released statement:

Former President Mkapa was a statesman, an experienced diplomat and a respected regional peacemaker and advocate of reconciliation.  He was instrumental in facilitating the mediation for the East African Community-led inter-Burundian dialogue, under the leadership of President Yoweri Museveni of Uganda, and was part of the African Union’s Panel of Eminent African Personalities that brokered an agreement following the disputed 2007-2008 general elections in Kenya.  He was also a member of the Panel of Eminent Persons appointed by the Secretary-General to review and enhance the role of the United Nations Conference on Trade and Development (UNCTAD).

In addition, former President Mkapa was active as chairman of the South Centre, Co-chair of the Investment Climate Facility for Africa, and Co-chair of the Africa Emerging Markets Forum (AEMF).  He was also a member of the board of trustees of the Africa Wildlife Foundation (AWF), and was a member of the InterAction Council and Africa Forum and a commissioner on United Nations Commission on the Legal Empowerment of the poor.  He also served as a trustee of the Aga Khan University from 2007 to 2012.

Tanzania will remember former President Mkapa as a strong leader who did his best to put Tanzania onto a solid track to execute complex and necessary actions to transform the nation’s economy.