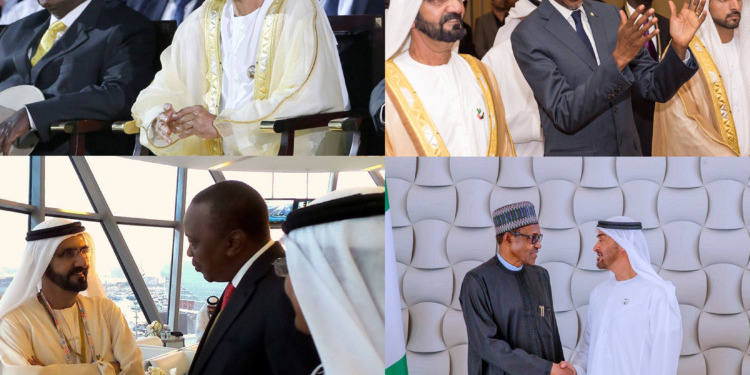 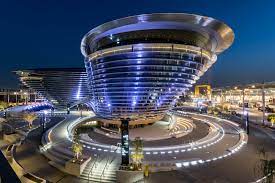 Nigeria is the latest African country to confirm its participation at the Expo 2020 to be held in Dubai, United Arab Emirates this October.

The one of a kind Expo will run for six consecutive months starting this October and culminating in March 2022. More than 150 countries have confirmed their participation, eager to showcase (and learn) their technological achievements, investment options and pandemic resilience best practices among others.

There is not a theme there that a single African country can afford to miss, from sustainable farming to digital economies, infrastructure technology to medical engineering, education revolution to sustainable cities, and investors and markets.  African countries stand the most to gain from their participation at the Expo 2020.

The UAE “…wants Expo 2020 to serve Africa’s interests and provide a platform for connections to be made by, and for, its African partners whether they are government, business or visitors,” emphasize the organizers.

You will be mistaken to hinge on Africa needing only to learn at the event, true as that may be.  Africa does on the other hand have a lot to teach the rest of the world, the least of which is how African countries maintained stable and growing economies over the last decade while the rest of the world’s economies shrunk and even reversed.

As such, Africa’s participation is crucial and none reinforces this point better than Reem Ibrahim Al Hashimi, the UAE Minister of State for International Cooperation and Director-General of Expo 2020 Dubai.  “…Africa is the future of global economic growth. While other continents show slow to negative growth in their economies African countries’ economies were growing at double-digit levels. So, African participation in Expo 2020 is seen as an important element for the success of the mega event.”

“As director-general of Expo 2020, I have no doubt to say that the Expo will offer an opportunity to take our relationships (with Africa) to new heights. Almost all African nations have confirmed their participation and we are working closely with them to curate and programme exhibitions that are meaningful to contribute at all levels,” the minister said.

Across The Mediterranean: UAE’s Growing Ties With Africa

The Chamber has opened offices in Ethiopia, Ghana, Mozambique and Kenya. These offices serve to assist UAE companies who want to expand their footprint on the continent on the one hand and on the other, to attract African businesses to invest and capitalize on the Dubai market.

Responding in kind, African countries that have already confirmed participation at the Expo include but are not limited to Burkina Faso, Cape Verde, Central African Republic, Democratic Republic of Congo, Guinea, Lesotho, Liberia, Senegal, Sierra Leone, Somalia and Togo, while others continue to register even as you read this article.

Commenting on Africa’s participation at the conference and the continent’s development in general Egypt’s representative at Expo 2020, Ahmed Maghawry Diab, who is also an official from the country’s Ministry of Trade and Industry said, “…the world has started to look at Africa and rediscover it…the continent has a lot of difficulties, but it has also started to develop.”

Another optimist for the continent’s development and what it has to offer is Dr. Levi Uche Madueke, Head of the African Union (AU) Strategic Partnerships Office and AU Commissioner General for Expo 2020 said, “…Africa is undergoing a dynamic socio-economic and political transformation. There is a lot happening on the continent but the world is yet to hear all about it. It is time to take charge of Africa’s narrative and reclaim its rightful place in the global arena.”

With a pavilion dedicated to the AU, the envoy said it will be used to showcase to the world AU’s institutional history, continental development and to generally tell the story of Africa to the world.

With such optimism from the continent’s apex body, it is imperative that every African nation takes this opportunity to present its achievements and challenges at the Expo. The Expo will garner for each country much-needed investment and allow each country to seek out markets for its products, to attract technology and learn best practices from Arab and Asian nations that have achieved remarkable development in under 50 years—much less time than most African countries have been independent yet still lag behind in abject poverty.

At the very least, the Expo serves as a platform to network and learn from each other, an opportunity no African country can afford to miss.

Dubai has spared no expense in its preparation for the ambitious Expo 2020 since it won the bid back in 2013 when it vied for the prestigious position against Russia. The rich Emirate state has invested an impressive $8.2 billion in the project. Just as its main theme calls for innovation, the Expo has been built on what was otherwise ‘…a barren stretch on the outskirts of the city.’

The Expo itself is a global event that is open to all countries to participate and is organised every five years. Lasting six months, the first World Expo was held in 1851 at London’s Crystal Palace and was known as The Great Exhibition of the Works of Industry of All Nations.  It displayed about 100,000 objects showcasing the inventions from the industrial revolution.

Some of the amazing inventions which were first brought to the world at an expo include the telegraph in London in 1851, the typewriter in Philadelphia in 1876, the diesel engine in Paris in 1900, the colour TV in New York in 1964, IMAX film in Osaka in 1970, and wireless trams in Yeosu in 2012.

The last World Expo was held in Milan, Italy in 2015, under the theme “Feeding the Planet, Energy for Life”.

“I am proud of our teams who earned this victory for Dubai with two years of hard work, dedication and commitment,” Sheikh Mohammed bin Rashid, Vice President and Ruler of Dubai, said. “We renew our promise to astonish the world in 2020.”

But, Covid-19 rocked the world last year and the Expo had to be put off. Finally, it is here.

This October the world convenes in Dubai to showcase its development over the last five years under the theme, “Connecting Minds, Creating the Future.”