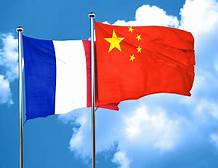 by Giza Mdoe
in Countries, Economic Growth, Tanzania
0
Share on FacebookShare on LinkedIn

The company was represented at the Africa CEO Forum by its CEO of Africa Mr. Jerome Petit. Mr Petit told press that Bollore already has several partnership agreements with Chinese companies and intends to build even more relations.
With more than 1,500 participants, this is the 7th Africa CEO Forum. It brought together to the East African nation international investors, sector experts, high-level policy makers and some of Africa’s top CEOs. The forum serves as a platform to deliberate investment topics and key challenges around Africa’s private sector led development.
Bollere Transport & Logistics is a member of Bollore Group which deals in global supply chains and industrial projects among others.

With its headquarters in Paris, France, the company operates across some 106 countries across the World with at least 46 of these based in African states.
Since Bollore deals in logistics and related regulations all along global supply chains, it is only a strategic move to partner with China whose investment in African infrastructure grows every year. So far, Bollore has four partnership agreements with China’s Huawei, the shipping company COSCO, China’s Alibaba and the China Communications Construction Company.
In fact, Bolloré Logistics was awarded by China’s Huawei two distinctive Awards, the Excellent Core Partner and the Best-Quality Logistics Service Award in 2017 at the Huawei Logistics Core Partner Convention in Shenzhen, China. Bolloré Logistics received the awards in recognition of its ‘excellence in managing Huawei’s international transportation and supply chain.’

Ancient Trade: China’s proposed Belt and Road Initiative
Bollore is an excellent partner for China’s proposed Belt and Road Initiative (BRI). The BRI initiative seeks to revive the Silk Road Economic Belt and the 21st Century Maritime Silk Road. Launched some 6 years ago back in 2013, the projected is geared at growing trade and infrastructure networks between Asia, Europe and Africa building further on the renowned ancient Silk Road routes.
The initiative is based on infrastructural development across the continent and has already seen numerous projects up and running. From hydroelectric dams to factories, from roads to railways, BRI is creating jobs for Africa and improving state economies.

In East Africa alone, China’s BRI has made more than impressive investments in just the span of the last five years. From a USD7.6m loan extended to Tanzania for the construction of a 2,190 kilometre standard gauge railway to a similar investment in neighbouring Kenya to Karuma and Isimba hydroelectric power plants in Uganda.
From the USD4 billion railway in Ethiopia that links the capital in Addis Ababa to the port of Djibouti to oilfields in Sudan, China has a hand in all African economies.

Sino-African Growing Economic Ties
Since 2016, China has been the largest contributor of foreign directive investment (FDI) in Africa. According to the Ernst & Young’s (EY) ‘Africa Attractiveness’ report of the same year, China has invested in 293 FDi projects in Africa which represents a whopping investment of some USD66.4 billion and in turn created hundreds of thousands of jobs.
In the last half decade, Sino-African trade has spiked incredibly with China’s exports to Africa hitting 82.9 billion dollars (2016) while African imports to China soared at 54.3 billion dollars the same year. More than Foreign Direct Investment, in Africa, China has either funded or/and led construction of numerous infrastructure projects across the continent spanning from roads and railways to dams and ports and even telecom networks.
This growing Sino-Africa relation is only expected to grow and is increasingly a cause for deliberation in the old top African investors across Europe and US donors and companies. France is only an example of more and more European nation’s seeking to retake their position in Africa’s development, UK, German and the US among others are following suite.

ALSO SEE: China goes off the rails in connecting Africa

Dar named one of Africa's best cities in attracting FDIs