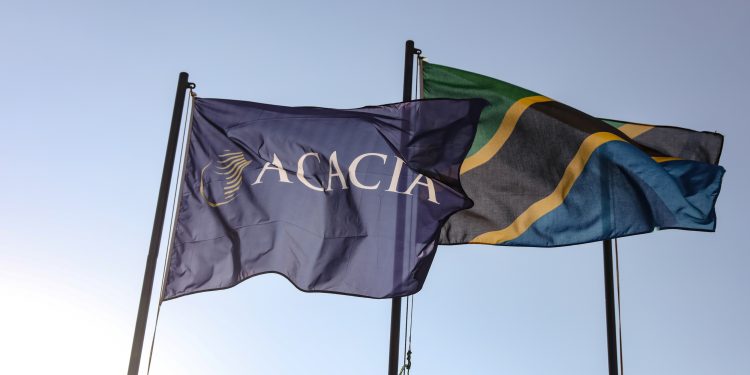 by Kimani Chege
in Extractive and Energy, Tanzania
0
Share on FacebookShare on LinkedIn

Barrick Gold, the part owners of Acacia Mining express concern over the longstanding dispute between Acacia and Tanzanian Government over taxes

Gold prices rose, hovering near a more than six-month peak following the weakening of the US dollars and expectation on rise on interest rates.

Secondly, Barrick Gold, the largest gold mining company in the world, with its headquarters in Toronto, Canada has expressed concern over a stalemate in Tanzania of its subsidiary Acacia Mining with the Tanzanian government regarding taxes.

The Tanzanian government banned mineral concentrate exports from the country in March 2017 after it reviewed its mining policy to increase its share of profits from mining in the country. Mark Bristow, the CEO of Barrick was interviewed this week by Reuters saying this conflict has destroyed lots of value.

The partnership would include the sharing of economic benefits generated by Acacia on a 50-50 basis going forward. However, this framework has yet to be implemented, and the issues are still ongoing.

“In 2017 Tanzania’s parliament unanimously passed a raft of internationally criticized (but locally popular) laws that provides the government with the necessary legal framework to commence a reign on foreign mining assets.

The Natural Wealth and Resources (Permanent Sovereignty) Act, 2017 gives the government complete autonomy to dictate the effective outcomes of negotiations with international mining companies regardless of any international juridical decision. It also allows the government to exercise total discretion as to whether it enforces foreign arbitration judgments.

Barrick expects more details on the resolution of the Tanzanian issue in the second week of February.

On 4 September 2018, Acacia announced the decision to reduce operational activity at Bulyanhulu Gold Mine. The decision was driven by unsustainable cash outflows at the mine due to the concentrate ban and the operating environment.

Hyatt takes iconic Meskel Square as it lands in Ethiopia