With these funds, the Central Bank released funding and IMF funding that goes into implementing national projects 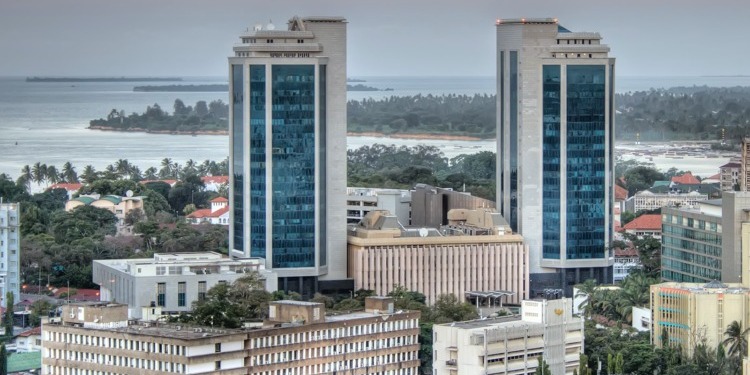 The government of Tanzania has received 1.3tri/- as Covid-19 relief package from the International Monetary Fund (IMF). Now the government has announced plans to implement a score of projects that will be financed with this fund in a move it says, will help the private sector’s liquidity.

As part of its own fiscal policies to cushion the economy from the negative effects of the global pandemic, the government, through the Central Bank has also released another 1tri/- to commercial banks in a bid to increase their lending capacity.

With these funds, the Central Bank released funding and IMF funding that goes into implementing national projects, the private sector is empowered to borrow and win project tenders and as such increase money circulation in the economy.

The strategy is meant to back the economy which had slowed down due to reduced demand which in turn reduced produced production stagnating the whole economy. This funding will catalyze activities in the economy as businesses are able to borrow to fund their operations.

Speaking during a meeting with members of the Tanzania Private Sector Foundation (TPSF), country’s Minister of State in the Prime Minister’s Office (Investment), Mr Geofrey Mwambe, said the funding is meant to have a multiplier effect on the economy.

“We want to see these funds bring multiple effects…we also want the private sector to apply for ongoing government projects because the funding is available,’ he said. The executive pointed out construction of government infrastructures in the nation’s capital Dodoma as one of the areas that the private sector can capitalize on.

He also pointed out that the National Microfinance Bank (NMB) has set also set aside 100bn/- specifically for lending to entrepreneurs across various value chains in agriculture including livestock keeping and fisheries as well.

The minister emphasized that it is only through private sector participation that the government can effectively stimulate the economy and avert the  effects of the global pandemic. He said when there is money in circulation then the multiplier effect will have it that there is increased household income which in turn will increase demand and catalyze production.

The minister took the opportunity to encourage youth to venture into agricultural activities which he said have set funds like the NMB funding. He said ventures in agriculture value chains have access to low interest loans making them a lucrative option for youth.

The Bank of Tanzania (BOT) did in fact inject a huge sum into the economy earlier this year to cushion the effects of the pandemic. Commenting on the funding, the BoT  governor Professor Florens Luoga said the funding was given to financial institutions to allow them to lend the private sector at reduced interest rates and to specifically prioritize loans for agricultural development.

“The Bank of Tanzania shall provide a special loan to banks and other financial institutions at 3 per cent per-annum for pre-financing or refinancing of new loans to the private sector,” he told local press.

As part of conditions to secure this funding, commercial banks are required to charge interest rates not exceeding 10 per cent per-annum on loans extended to the private sector.

Last year, October, Tanzania also received similar funding this time from the African Development Fund (ADF) which approved a loan of USD 50.7 million to finance the nation’s response to the COVID-19 pandemic.

The loan, from the African Development Bank Group’s COVID-19 Response Facility (CRF), was meant to support the government’s USD 109 million national COVID-19 response plan which was jointly supported by several other development partners.

Like this most resent funding, the COVID-19 response plan was aimed at building economic resilience, while mitigating the socio-economic and health impacts of the pandemic, particularly on local businesses.

The idea is that, with funding for local businesses then money will circulate down to the most vulnerable households and that way provide relief.

Notably, the pandemic has put increased pressure on Tanzania’s health facilities, social protection systems and has dampened the country’s projected growth of over 6.2% down to between 3.6% and 2.6%.

In her comments, Nnenna Nwabufo, the Acting Director-General of the Bank’s East Africa regional office, said the funding is part of a larger, more comprehensive support package for the Bank’s regional member countries, including Tanzania.

“The evolution of COVID-19 and changing containment measures remain dynamic and unpredictable; the medium and longer-term impacts of the crisis are yet to be fully understood. The African Development Bank Group is stepping up its coordination with governments, as well as with other development partners to adapt and strengthen its monitoring and response to the pandemic,” she said.

Tanzania is now receiving this international aid after the country’s  new president formed a committee of experts to evaluate the nation’s COVID-19 response, a shift from the previous government’s approach to the disease’s presence in the country.

“We cannot isolate yourself as an island,” President Samia Suluhu Hassan said, adding that the country “cannot accept everything from abroad, but we also cannot reject everything.”

Since then, the government has taken measures including introducing vaccination drive for its employees and the general public as well. Tanzania’s economy has remained considerably resilient thanks to the government led measures to keep the nation vibrant.

This most resent injection of funds into the economy will help stabilize the situation on the ground allowing for banks to lend at reasonably low rates. A lot of businesses closed due to the pandemic and the resulting travel restrictions that came with it.

As businesses recover thanks to the funding, more and more job opportunities will open up. One of the most affected sectors is the tourism and hospitality sector along with the transportation sectors.

As the global economy recovers and travel restrictions are lifted, slowly the sectors are seeing some activity which spells a brighter future. It now lies on the hands of the private sector to make the most of the extended loans to boost their operations.