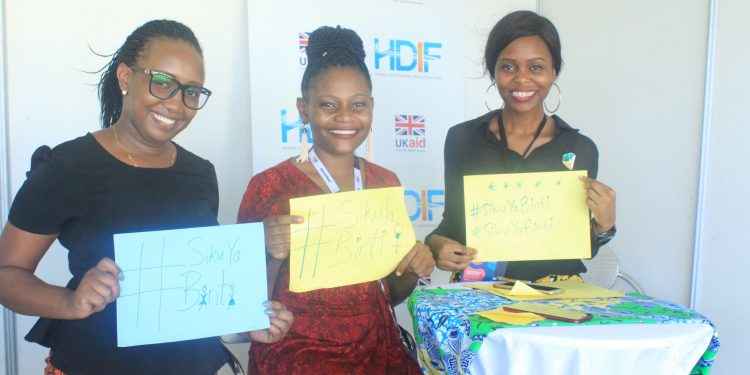 by Kawira Mutisya
in Countries, Tanzania
0
Share on FacebookShare on LinkedIn

In February 2013, the United Nations launched a strategy; ‘Women in male-dominated industries: A toolkit of strategies’.

For many years, women had not been associated with, or considered for, jobs in male-dominated industries, resulting in us having highly occupationally segregated workforces in some sectors.

According to the Commission for Science and Technology (COSTECH), with the rapid advances in technology, economic structures will be transformed from agricultural to industrial, service or knowledge economies.

These will require human capital in research and innovation and according to UN Women, only 30% of the professionals in the sciences worldwide are women. In order to realize inclusive growth, women must not be left behind the innovation race.

In Tanzania, the COSTECH, is committed to strengthening the Tanzanian innovation ecosystem and in November 2011 established Buni hub.  In partnership with the Human Development Innovation Fund (HDIF), COSTECH receives funding support for hubs which foster innovation and technology entrepreneurship for youth.

In particular, women are encouraged to pursue leading roles and be active participants at Buni hub by creating working cultures and environments that support and nurture women.

However, the challenge to incorporate more women to join the innovation spaces persists. Leaders in the innovation space are currently testing some approaches to increase the uptake of women – admittedly, attracting female participants remains an enigma when it comes to understanding the challenges faced by women.  Buni hub has gone a step further by considering the attitudes and behaviors that have often resulted in excluding women – the hub is helping to increase female participation in a sector dominated by men.

Meet Maryam Mgonja, a former coach, facilitator and mentor at Buni hub. She noticed that despite the presence of women working in tech, they rarely participated in the hub’s capacity building and mentoring support activities. In response, she co-founded Buni Divaz, a community that encourages women’s participation in ICT and tech entrepreneurship.

By responding to the specific needs of women innovators in Tanzania, Buni Divaz highlights the efforts of girls and women in technology development and raises their profile as pioneers of innovation – women such as Lulu Ameir, whose vending machine ‘Be A Lady’ supplies sanitary pads in public schools at a more affordable price. Buni Divaz also provides business mentoring and support and keeps members connected through Whats-App and Facebook groups which help them share opportunities with each other.

Maryam is currently the Associate of East Africa at Seedstars. She creates better opportunities for startups in emerging markets and this year she will be scouting for the best startups in Sub-Saharan Africa who will represent their countries in the Seedstars world competition in Switzerland where they will stand a chance to get funding worth up to $1.2 million equity investment. Sharing her views on the importance of role models, Mariam said, “I believe that both women and men should equally serve as role models and work together in order to find opportunities and innovations that meet the needs of their communities”.

Cynthia is also the founder of a startup called My Job Pass, an online platform that helps students in tertiary institutions to build their employability profiles and skills through placements in startups and training. The platform addresses the lack of experience and skills gap that limits over 800,000 graduates from securing employment.

Speaking at the HDIF women’s corner during the Sahara Sparks event in Dar es Salaam October last year, Cynthia said, “I know for a fact that when equally empowered, both women and men prosper regardless of the sector”. “I have witnessed tremendous solutions invented by women that I reject the belief that the tech space is a boy’s only club.” she added.

Tech slang has interchanged ‘programmer’ with ‘brogrammer’ further demonstrating male dominance in the space. However, this evolution needs to be countered head-on. With support from public and private stakeholders invested in realizing the role of technology in the country’s inclusive development and attainment of the SDG 5, these female trailblazers ought to be celebrated for taking the lead to inspire other women into the tech ecosystem.

Tags: Investing in WomenWomen and powerWomen in boardsWomen in businesswomen in power

Customer Empowerment in the Digital Age