The new tax system is proving a success.

by Giza Mdoe
in Industry and Trade, Tanzania
0 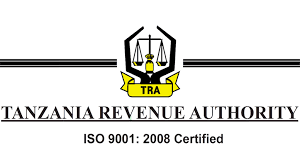 The Tanzanian government has been losing about Tshs.4 billion ($1.7 million) per month in uncollected taxes on locally produced cigarettes and alcoholic beverages before Electronic Tax Stamps (ETS) started being used in January 2019.

The Commissioner General said the lost revenue is estimated to be higher than that because some producers are yet to enter ETS due to some reasons and the real amount of money that was being lost will be known once all manufacturers use the new tax system.

He said all local manufacturers as well as importers of cigarettes and alcoholic drinks have until the end of this month to install and start using ETS. After that period products bearing paper stamps will not be allowed into the market, he stated.

He further stated that all four cigarette companies, seven beer brewers as well as 12 wine and spirit makers already use ETS technology while seven producers stick the stamps manually under supervision of the TRA since they still use old technology that cannot support the system.

He also said that 14 importers of cigarettes and alcoholic beverages have already joined the new system, with the second phase of implementation of ETS starting on May 1, 2019 targeting soft or carbonated drinks, water, juices and CDs/DVDs.

Installation of ETS in factories and dealership points for the second phase has already began with 45 tax stamp applicators having been put up in 18 industrial establishments.

Kichere expressed hope that all local manufacturers and importers of cigarette and alcohol beverages as well as carbonated drinks, water, juice and CDs/DVDs go electronic, this will boost revenue collection significantly as the old paper stamp system shortchanged the public in uncollected revenues. He gave an example of a liquor producer who paid between Tshs.140 million ($60,800) and Tshs.160 million ($69,500) per month in excise duty before ETS but now is paying Tshs.274 million ($119,130).

After the introduction of the ETS in 2018, manufacturers of beer, soda and cigarettes said at a joint meeting with the government that they were not opposed to the stamps but bearing the cost of running the system would add to the cost of doing business. The manufacturers said that the tender was not awarded competitively and that the terms inappropriately required them to pay for the installation of the stamp machines. The Commissioner General defended the government by stating that the ETS was meant to safeguard government revenue by providing accurate production of data on real time, and would enable the government determine in advance, the amount of duty to be paid and provided by TRA. It will also enable the government to track goods right from the factories, border entry points, warehouses to the final destination.

The ETS is administered by the Electronic Tax Stamps Regulations, 2018 and violation of the ETS is punishable by imprisonment for a term not exceeding three years, or a fine not less than Tsh.5 million ($2,173) and not exceeding Tshs.50 million ($21,739) or both.