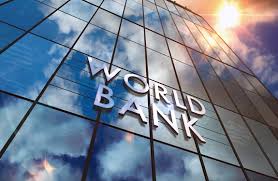 Barely a month after the tragic and unexpected death of Tanzania’s outspoken and visionary leader Dr. John Magufuli, the country has gone ahead and inked an oil pact with neighbouring Uganda.

The move puts a lid on speculations of how the country’s first woman President Mama Samia Suluhu Hassan will handle duties of the top office. The new president, who was former vice president under the Magufuli regime, sat with her Ugandan counterpart Yoweri Museveni and together shook hands for French Total E&P and China’s CNOOC and signed key agreements for the East African Crude Oil Pipeline (EACOP).

Worth noting is that this particular deal had been on the table not for months but years. Protracted negotiations delayed year on end but now with President Samia Hassan in office, production is expected to begin as early as 2025.

The oil deal is for the construction of a US$3.5 billion crude export pipeline that will run 1,445 kilometers from Hoima in western Uganda all the way to Tanga in Tanzania. The oil pipeline will have significant boost on Tanzania’s economy answering the question on how President Hassan will fare in the economic arena.

Significant here is that back in 2018, Tanzania’s cabinet approved several amendments to laws and regulations that govern business interests in Tanzania.
The amendments were reached following private sector consultations along with World Bank officials.

It is expected that President Hassan will be firm in her commitment to most of the amendments that were meant to improve the country’s business environment and attract investors.It is also expected that, as drafted in the proposed amendments, the government under President Hassan, will create some eight million jobs, a move that will go a long way in further boosting the economy and welfare of the people.

While growing an economy, one cannot ignore civil rights, more so freedom of expression by individuals and the press. As for the matter of civil liberties in the country, already President Hassan has issued a bold statement against curtailing of independent media.

In a recent executive order that distances her and President Magufuli’s administration, she ordered the Ministry of Information, Culture, Arts and Sports to steer away from what had almost become a customary ban and shut down of independent media houses.

Away from the home ground, let us look at diplomatic issues across the border. Starting with diplomacy with the immediate East African Community (EAC) the Uganda oil deal itself is a clear political move ironing out diplomatic creases between the two countries wrought by the delay of the pipeline deal. To quote the press statement that followed the deal signing, “…all outstanding issues related to the EACOP Project have been amicably resolved”.

Looking at international relations we have one major touchy subject—Covid-19. The world had been critical of President Magufuli’s stand on the pandemic, but not so with President Hassan. In a recent article published by the Institute of Security (ISS), researcher Ringisai Chikohomero quotes the President as saying, “Tanzania cannot afford to ignore the global pandemic,” and instead “…she has opted for a more scientifically informed approach by instituting a panel of public health and medical experts to advise the government on the issue” .

The President herself is firm and confident in her ability to lead the country and regional economic bloc to the heights of economic prosperity. She made this clear in a firm assertion in her speech at Dr. Magufuli’s state funeral saying, “For those who are skeptical on whether this woman will be able to be the president of Tanzania, I want to assure you that I’m standing here as the president. I repeat, I’m standing here as the president of the United Republic of Tanzania, and I am a woman.”

President Samia Suluhu Hassan is Tanzania’s first woman President. Her rise to the highest office has been steady, ascending through various levels of party and government positions to now sit at the peak of government as the country’s 6th President.

She holds an advanced public administration diploma, a postgraduate diploma in economics from the University of Manchester, UK, along with an MSc in community economic development.

Her political journey began over two decades ago when in 2000 she was elected special seat representative for the Zanzibar House of Representatives, a position from which she quickly catapulted to becoming a minister.

In 2010, she vied for and was elected to the National Assembly and was appointed Minister of State for Union Affairs. Shortly thereafter in 2014, she was elected Vice Chair of the Constitutional Assembly, a body that was responsible for drafting the proposed new constitution.

After that, she took center stage on the political stage when in 2015 President John Magufuli selected her to be his running mate. The rest is history because on October 28, 2021, with her again as the running mate, they won the presidential elections.

Then came the unfortunate demise of President Magufuli only months into the second term and, as per the country’s constitution, Vice President Samia Suluhu Hassan was sworn in President of Tanzania.