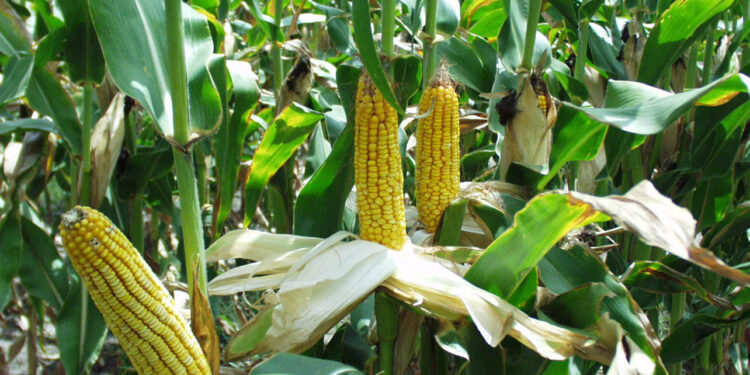 So how does the consumer identify what seed variety they are buying? [Photo/AGRA

Tanzania is stepping up its place in agro-science and cutting edge seed engineering, producing numerous new hybrid varieties every year.

The country is making a name for itself in the generation of higher-grade varieties that are more resistant, less vulnerable, more productive and that produce better quality crops.

Maize is Africa’s most popular staple, there is not a household that does not consume maize at the very least twice if not three times a week. Maize is consumed in all its forms, boiled salted corn, open flame-roasted corn, the all famous Ugali – boiled stirred corn maize flour, maize is Africa’s everyday food.

Given this fact, it is safe to conclude that Africa is raised on maize. That was my personal African opinion, now consider this unbiased description of the significance of maize in Africa and described by the International Institute of Tropical Agriculture; “Maize is the most important cereal crop in sub-Saharan Africa (SSA) and an important staple food for more than 1.2 billion people in SSA (and Latin America).

In a nutshell, or more correctly, in a maize seed, maize is the most consumed cereal in Africa, the world’s largest market. If you factor in Latin America, as the report says, you are looking at a market of more than 1.2 billion people, now there is an investment pitch if any!

Speaking of investment options, according to records from the Tanzania Official Seed Certification Institute (TOSCI), up to 2020, there were a total of 218 registered seed companies in Tanzania involved in the production and marketing of seed and planting materials.

“Out of these, 43 companies were involved in the production, import, export and marketing of seeds of at least one of the four focus crops,” reads the report.

It took only 25 pages of the report to summarize the thousands of Metric Tonnes (MT) of new seed varieties that were produced and also sold out. In that year, the surveyed seed companies produced 18,432 MT of maize seed, 476 MT of rice seed, 1,499 MT of bean seed and 649 MT of sunflower seed, making a total of 21,056 MT of seeds produced.

With those figures in mind, it only makes sense that, Tanzania, an economy where 80 per cent of the workforce is employed in agriculture has invested in seed engineering and maize has been a central focus of that science.

In under three years (2018/20), Tanzanian scientists have released over 60 varieties of a handful of crops. In a recent report published by The African Seed Access Index (TASAI), Tanzania has developed 42 maize varieties, 3 rice varieties, 11 bean varieties and eight sunflower varieties.

Disadvantages of hybrids: Over 40 maize varieties, what’s for lunch?

With so many seed varieties, does the consumer know what is on their table at any given time? I guess the important question here is not the seed variety but the taste and most importantly the level of nutrients in the seed.

However, when it comes to food consumption Africa is still very trusting, still very traditional, there is a basic belief that any food you buy, packaged or not, is the same nutritious kind that forefathers consumed generations ago.

However, with so many new varieties being created every year, it is simply not logical to assume that the maize or rice or any other crop is the same as that was consumed by our fore-fathers. The only question is, are the new varieties more nutritious or less?

Take rice, for instance, a staple like maize but unlike the latter, rice holds a higher class in African society. You don’t just cook rice whenever you feel like it, it’s your weekend speciality, your get together meal. Rice is the food for birthdays, anniversaries and most definitely the decisive fact of how your event will be remembered.

If you going to have a memorable experience at any event in Africa, the rice must be the central meal, the good kind, the kind they are going to talk about. According to the report, that ‘talk about rice’ is the ‘…popular rice varieties were TXD 306, and TXD 88.”

So how does the consumer identify what seed variety they are buying? In most cases, cereals are priced and valued based on the location they come from. Generally speaking, it is assumed that the higher the price, the better the seed quality.

Also Read: Nigeria seed industry the next main destination for trade and investment in Africa

No one goes to the market and asks for rice TXD 306! It sounds like a scene from a science fiction movie set on an alien planet!

As mentioned, the most common way to order a seed variety is by the geographical location that the consumer assumes is the traditional setting that produces good variety seeds of a given crop.

There is a need for government to raise awareness about the source of seeds and all food crops in general. The public should be told where their food is coming from and the exact method used to produce it. Most importantly, we should be told of the exact nutrient content in any given seed variety, or any food for that matter.

Stakeholders in Tanzania are lobbying for asking the government to establish a department to research and preserve traditional foods and seeds which are feared to be in danger of extinction. “The loss of diverse diets is directly linked to diseases or health risk factors, such as diabetes and obesity,” warns

While the new seed varieties (as well as animal hybrids) are been praised for their fast growth and resistance to disease, the question remains over their nutritional value. There are also concerns that the loss of organic traditional plant and animal varieties places the world at risk of losing traditional medicines.

At a recent Agricultural Ecology (Agroecology) training workshop held in Moshi, Tanzania stakeholders emphasized that; “From providing cures to deadly diseases to maintaining natural ecosystems and improving the overall quality of life, the benefits of preserving threatened and endangered species are invaluable.”

“Locally varied food production systems, which are more resilient to climate change, are under threat with agrobiodiversity disappearing and, along with it, knowledge of traditional medicine and local foods,” they warned.

Africa gears up for switch to circular economy