Tanzania’s investment sector is under performing as investors shy away from the country owing to unreliable power supply. 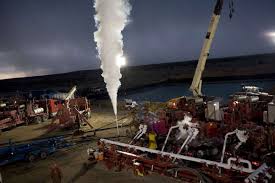 After major reforms that rocked its mineral and energy sectors less than a decade ago, mineral and energy-rich Tanzania is again doing an overhaul of the two sectors, this time not to short leash investors but rather, to ‘rebuild broken bridges.’

A key area that is slotted for a facelift is the very lucrative Liquefied Natural Gas (LNG) sector which the country’s new Energy Minister January Makamba shortlisted as a sector of much interest that is yet to meet its full potential.

The sector minister was firm, change is coming to the sector and since charity begins at home, for starters, the board of the country’s government-owned power supply monopoly the Tanzania Electric Supply Company Limited (Tanesco) has been ‘gassed out’ and a new board brought in to breathe fresh air to the ailing entity.

Announcing the new board mid this month, the minister said; “We just started with Tanesco but we will also reform other institutions including Tanzania Petroleum Development Corporation (TPDC),” pointing out that Tanesco is operating far below capacity.

Speaking to the local press, the minister reassured the public and sector stakeholders that; “Those that were removed had done a good job. Their removal does not have to be construed to mean that they are bad people. We only need to have a new direction and for that to happen, we need a new team,” the minister explained.

Despite that reassurance, the minister did in fact make it clear that ‘it had come to the government’s attention that Tanesco was being weighed down by shortfalls in its operations and management,’ local media quoted.

Tanzania Electricity Co-Generation: How Many Billions Can Solar Energy Light-up?

Tanzania’s investment sector is underperforming as investors shy from the country owing to the unreliable power supply. Tanzanians live on constant uncertainty of when the power will go off.

Such uncertainty lowers the standard of living for the people but for investors, it means actual loss of money due to stalled production or increased expenses as many have to result to the use of fuel-powered generators.

Since the power supply in the country is controlled by a single entity, Tanesco, it falls on the shoulders of its owner, the government of Tanzania to take responsibility for the entities inefficiency which is lowering the standard of living for its people and blocking much needed foreign investment.

As such, it only makes sense that the country, under the new 6th administration, is moving to revamp Tanesco in a bid to increase power output. While the complexities of achieving this task are understandably daunting, what is unacceptable is for a country with some of the continent’s largest water sources, rivers and lakes and some of the world’s largest reserves of LNG should suffer unreliable power supply.

Tanzania’s capacity to produce power is immense by all standards and that does not even include considerations of green energy sources like wind and solar.

In recognition of the stakes, the new  Director-General for the energy monopoly Mr Maharage Chande has reassured stakeholders that he is aware of what is at stake and the current condition of the entity versus the national demand for reliable power supply.

In his press address after being announced the new DG for Tanesco, Chande said the power utility has been losing a shocking $7 million every single month. According to the new Director-General, the loss can be blamed on month among other things the recurrent power losses that the country faces.

Other causes for the loss according to the new DG included but are not limited to what he described in a nutshell as ‘technical and non-technical issues.’ Not detailing other measures, Maharage pointed out that “…there are a lot and exciting opportunities that can be done and bring change in the organisation.”

He went on to announce plans to install smart metres both for residential as well as commercial use which according to him will save the entity will be able to save a whopping $3.5 million every month.

He was also keen to cite other areas of management and operation improvement to include resource mobilisation, implementation of strategic projects as well as stakeholder and customer engagement. He also pointed out increased government investment and a push for the use of modern green energy generation for the provision of much more sustainable energy that is also environmentally conscious and that creates new job opportunities as well.

In A Nutshell: Tanzania’s Energy Supply

In Tanzania, 78.4% of the population has access to grid electricity but only about half (37.7%) of these households are actually connected to the grid. However, thanks to the country’s Rural Energy Agency that is working to ensure power supply reaches the furthest innermost parts of the country, solar energy use to power up houses is at an impressive 30.4% of all rural areas.

However, despite the country having an estimated 57 trillion cubic feet of natural gas reserves its reliance on biomass is gravely affecting forests and damaging the environment considerably. Little of these gas reserves have been tapped into because of ‘…disagreements with oil corporations over production sharing disputes have kept them untapped,’ reports local media.

Due to this low use of gas and other sustainable energy sources, Tanzania faces deforestation of 100,000 h per year, of which only about a quarter is reforested. In fact, 63.5% of the households in Tanzania use firewood as the main source of energy for cooking, followed by charcoal 26.2% and only 5.1% use liquefied petroleum gas and a mere 3.0% use electricity 3.0% reports the Rural Energy Agency.

According to sector pundits, Tanzania is now pushing to revive investor talks for the Liquefied Natural Gas (LNG). Negotiations with oil companies hit a snag in 2019 but incumbent President Samia Suluhu Hassan is pushing to get the ball rolling.