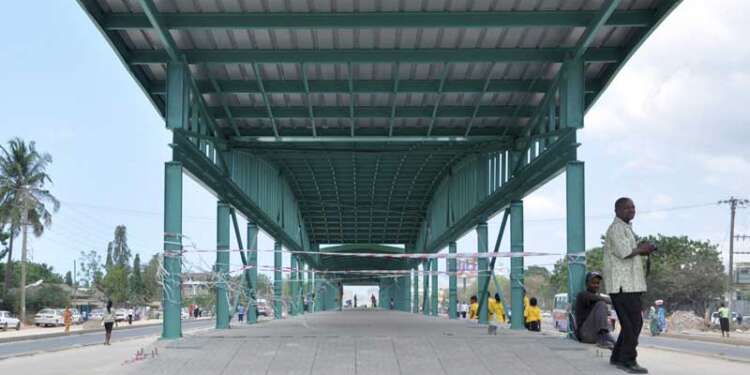 Construction of the long awaited phase two of the Dar es Salaam Bus Rapid Transit (DART) is expected to begin in June this year.

The DART administration recently announced their preliminary undertakings before the commencement of the construction. As compensation payments for people with affected property in phase two along Kilwa Road in Mbagala nears end, DART key stakeholders have proposed mitigation measures to be taken in a bid to tackle challenges that might disrupt construction activities when implementing DART phase two on Kilwa Road. Activities that are to be done in order to address challenges during construction include relocation of commuter bus stand and removing of petty traders at Gerezani Kariakoo and Mbagala-Rangitatu respectively.

Surface and Marine Transport Regularity Authority (SUMATRA) would have to collaborate with Municipal Council leaders to find a convenient new location for a commuter bus stand for the daladalas that have been using Bus Rapid Transit (BRT) feeder station at Kariakoo-Gerezani while Municipal Council leaders of Temeke have to relocate petty traders at Mbagala-Rangitatu.

Another challenge that might affect construction activities along Kilwa Road is disruption of daily traffic mobility where SUMATRA and DART Agency have to work out ways to maintain smooth mobility of traffic by devising alternative roads for the daladalas and other traffic during construction.

Alongside infrastructure development, feeders stations for phase two have also been identified as Charambe and Kongowe, all being connected to Mbagala Rangitatu, Mtoni Kwa Azizi Alli that connects North and South Tandika, Mtoni, Temeke and Buza while Kijichi Misheni connects Misheni, Kijichi and Mbagala Kuu. Another feeder route is the DUCE-Chang’ombe which connects Temeke, Kigamboni and Tandika area.

The implementation of DART phase two is expected to cost Tshs.365 billion ($159 million) of which 88.9 percent of the amount will be financed by The Africa Development Bank (ADB) and 11.1 percent will be covered by the Government of Tanzania.

Its construction was completed in December 2015 at a total cost of Tshs.414 billion ($180 million) funded by the Africa Development Bank, the World Bank and the Government of Tanzania. The first phase of the project has a total length of 21.1 kilometers with dedicated bus lanes on three trunk routes with a total of 29 stations.

The entire DART system is jointly owned by the government (49 per cent) and Simon Group Limited (51 per cent) and operated by The Usafiri salama Dar es Salaam Rapid Transit (UDA-RT) under the surveillance of the SUMATRA. Currently, the route is serviced by a fleet of 140 Chinese built Golden Dragon buses, providing express and local service for 18 hours daily from 05:00am to 11:00pm.

With the rapidly growing population of the city, the government began to draw plans for a rapid transit system in 2003. The government predicted the city population to grow over 5 million by 2015 and invited the Japan International Cooperation Agency (JICA) to design a master plan for transport in the city in June 2008.  A bus rapid transit and a metro transit system were proposed but the metro system was not approved due to the high construction and operational cost involved.

The Bus Rapid Transit (BRT) buses carry more passengers than the daladalas with about 10 daladalas displaced by each BRT, thus reducing traffic congestion in the city. The DART has been praised for enabling the average users to cut traveling time by two hours a day and the buses commended for causing less pollution.

Kenya: 250,000 refugees to be treated over the internet