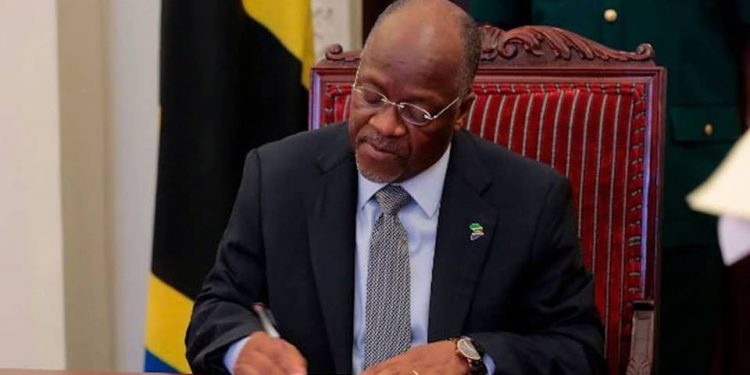 This is an increase in spending by Tshs.600 billion ($260.8 million), equivalent to 1.9 per cent of the current budget. The Minster did not however explain the mechanism leading to the rise even as questions abound over the disbursement of money for implementation of development projects.

The money is expected to be collected from tax and non-tax sources of revenue, Local Government Authorities (LGAs) own sources, aid and grants from development partners as well as local and external concessional and non-concessional loans.

Development expenditure for the period 2019/2020

Dr. Mpango said that in the next financial year, the government plans to spend Tshs.20.9 trillion ($9.08 billion) in recurrent expenditure which will include financing of this year`s civic polls and preparation of the for the general elections slated for next year. Development expenditure for the period 2019/2020 is expected to reach Tshs.12.2 trillion ($5.3 billion) whereby Tshs.9.7 trillion ($4.2 billion) will be from internal revenue collection while Tshs.2.5 trillion ($1.08 billion) is expected from external revenue sources.

The Minister, who was presenting the National Development Plan and the budget ceiling for 2019/2020, told the present members of the National Assembly that the focus of the next budget would remain on building an industrial economy that would stimulate employment and ensure social welfare.

`By considering the 2019/2020 Budget Policy, in order to properly execute the Tshs.33.1 trillion ($14.3 billion) budget, Tshs.23 trillion ($10 billion) will be obtained from internal revenue sources, loans from local financial institutions amounting to Tshs.5 trillion ($2.1 billion), foreign loans with business conditions at Tshs.2.3 trillion ($1 billion) and Tshs.2.8 trillion ($1.2 billion) from development partners,` he explained. He further stated the government would insist on proper utilization of the money by investing in public infrastructure and social services in an effort to steer development.

`The government is equally committed to intensify the war against graft and embezzlement of public funds as well as improving the country`s investment climate, ` he said. Regarding the 2019/2020 revenue collection targets, Dr. Mpango said by the end of January 2019, tax and non-tax revenues stood at Tshs.9 trillion ($3.9 billion) and Tshs.1.5 trillion ($652.1 billion) respectively while the revenue collected by LGAs was Ths.371.7 billion ($161.6 million)