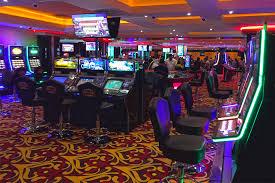 Gaming industry in Tanzania- The Exchange

by Padili Mikomangwa
in East Africa, Tanzania
0
Share on FacebookShare on LinkedIn

The Tanzanian gaming sector has been taking tremendous shifts over the past five years, witnessing various investors taking a bite into Tanzania’s gaming market with open hands.

According to the ongoing prospects in the gaming industry in Tanzania, it is worth exploring the scenario that: gaming activities might have a substantial contribution to Tanzania’s Revenue Authority (TRA) tax collections.

More importantly, the Tanzanian government is having an all-out strategy to enhance its revenue collection, hence—it managed to score an all-time record of $ 762.4 million tax collection in September 2019.

The gaming industry has witnessed a robust emergence of several actors in the sector, who have revolutionized the industry, which used to be filled with casino’s and slot machines, contrary to the present landscape, which offers seamless sports betting options via smartphones and other gadgets, attracting a lot of young-people across urban areas and peri-urban landscapes.

Earlier this week, the GBT Director-General, James Mbalwe, was cited by The Daily News (Tanzania), on the development of the industry for national development, where he  spotted the legal gaming sphere as a source of income for people, but also the national treasury coffers, while raising his concerns on misconducts as well as, his take on addressing them.

“Some people with or without knowledge have been scorning gaming activities though the industry has been a good source of revenue,” he commented.

However, at present, the GBT has assumed a major transformation in light of the present prospects. The gaming board now takes the stance on national development, as the board fences itself within six pillar roles: overseeing and monitoring of gaming activities in Tanzania, issuing and canceling licenses, setting up technical standards, conducting frequent inspections to ensure gaming activities are abiding by the law and the government tax is accrued accordingly, advising the government on respective tax rates and collection modalities, and more importantly protecting the society against associated consequences attributed by gaming activities.

Unequivocally, the GBT has stressed on strengthening proper gaming conducts over space and time, including certification if gaming infrastructures across the country and subjected to high-end testing.

But also, taking a long step to with other actors in the sector, in bringing up an ICT facility to monitor national gaming activities.

According to GBT, over 2,000 slots machines have been confiscated in regions with high-gaming tendencies, Dar es Salaam, Arusha and Lindi, where slot machines were erected in residential areas contrary to the established law.

The GBT has also established an awareness campaign that is set-up to downplay gaming addiction, primarily within sports betting and slot machine games.

“Play with plans play limitedly gaming activities are not employment” the theme reads, printed on The Daily News.

An important aspect to explore is how, Tanzania stands to benefit from the gaming industry, amidst its plan to regulate it respectively and promote its operations over space and time. With these revenue numbers, it is vividly clear that the sector can boost local employment, increase retail store sales when these outlets attract tourists.

Tourists from Singapore are frequent users of Airbnb in South Korea