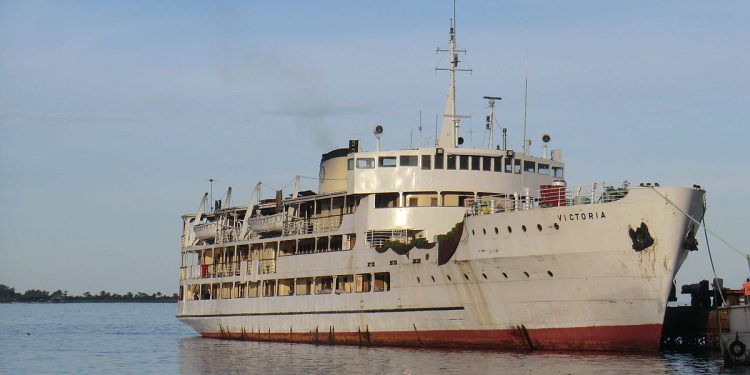 Ministry of Works, Transports, and Communications in Tanzania is setting a new record in expanding inland waterways in Tanzania.

The state has therefore invested $38 million to improve lake zone dwellers navigation across Lake Victoria, including building a ship to enhance transportation.

Transportation has been a vital driver of economic interactions for Tanzania: movement of human capital and raw materials over space and time, as well as stimulating expansion of settlements and business operations.

Bank of Tanzania’s quarterly economic review, point transport has been one of the top three activities contributing to the Gross Domestic Product, same applies to the corresponding quarter in 2018.

The ship will bear the capacity to carry over 1200 people, 400 tons of cargo and 20 vehicles. The latter is one of the many efforts espoused by the ministry to expand transportation facilities in Tanzania.

The construction of the ship has begun earlier October in Tanzania along the lake zone, after initial design completions and arrangement of related equipment necessary for its construction, which took place in Busan, Korea.

According to the ministry, the construction is projected to take almost 24 months, thus at present, the process is at 30 per cent.

Speaking before members of the press, Marine Services Company Limited (MSCL) General Manager, commented that: some materials have already been delivered at the construction site, and over 300 containers will be delivered in Mwanza city (lake zone commercial pulse) until the completion of the construction.

The ministry has been expanding other water vessels used by the lake zone, including two ships moving people and cargo across small-islands and neighboring districts surrounding Mwanza city.

Further, in June 2019, the government of Tanzania allocated over $ 4 million to MSCL to enhance its operations, whereas—MSCL highlighted that, the funds were also necessary for renovating some ships and installing electronic systems to assist in garnering government revenue collections.

Additionally, Mr. Hamis cited that, the latter is a strategic move that makes the company closer to its ambitions as a government entity to add value to the national economy.

Water transport is yet cost-effective and in the case of lake zone, the ongoing sub-sector enhancement projects, have been long-waited actions by the governments. The ministry and other sectorial entities, anticipate to garner revenue, enhance economic interaction among economic active islands and other districts along the waterways (Kagera region and Ukerewe islands).

Further, the South Korea ship-construction company—Gas Entec Co. Ltd team representative, Rayton Kwembe, highlighted that per the company’s experience in such projects, they are confident on completion of the ship in time, for the sake of the lake zone dwellers and Tanzanians at large.

Also Read: Investing in Tanzania? Here’s what you need to know

Skateboarders Indonesia Ready to Win at the 2018 Asian Games