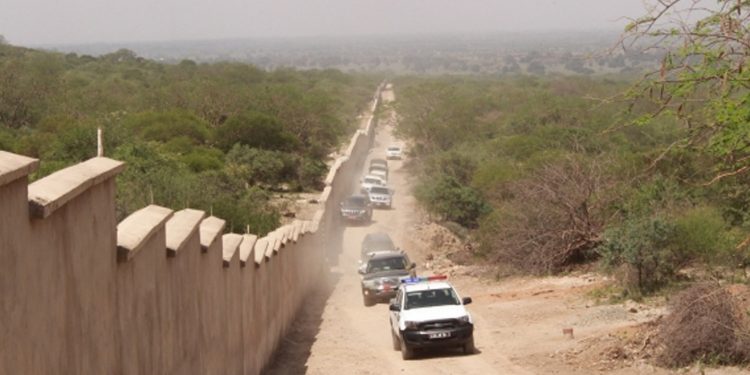 24km wall around the tanzanite mines in Mererani- The Exchange

After building a wall around the World’s only tanzanite mining area, Tanzania has now launched an international gold trading centre to curb smuggling.

The hub is made up of a gold collection centre where small-scale miners can trade their finds, and then there are two banks tasked with handling larger gold trading bids.

If it plays out like the wall around the tanzanite mines in Mererani, North East Tanzania, then the country should see revenues from gold soar.

At the moment, the government says smuggling and black market trades are denying it due revenue and hurting small scale miners as well. Up to this point, small scale miners were disadvantaged with laws and regulations that heaped huge tax burdens on small scale miners while it let larger traders off with barely a quarter of the tax the latter was tasked to pay.

Until Tanzania’s Parliament recently approved new laws, small scale miners had to pay 5 percent withholding tax and 18 per cent value added tax. This leaves the holders of a primary license with a 7 per cent tax obligation only.

This is the country’s first international gold trading centre located in Geita, one of the largest gold producing region in the country. Geita is responsible for the production of well over 40 percent of Tanzania’s gold exports.

It is also rich in metals like tin, nickel, iron, copper, zinc and lead. The country also recently found gas and oil as well as uranium deposits.

Early last month, parliament approved a Bill designed to relieve small-scale miners of the burden of paying withholding tax of 5 per cent and an 18 per cent value added tax. This leaves the holders of a primary license with a 7 per cent tax obligation only.

Protecting the World’s Only Tanzanite Site

In his second year of presidency, two years ago in 2017, Tanzania’s President John Magufuli ordered construction of a 24km wall around the tanzanite mines in Mererani, siting pandemic smuggling.

Complete with state of the art CCTV installations on the wall and in the mines, the wall has ever since then helped increased revenues Tanzania’s revenue from sales. From a low of merely USD74,000 in 2015 when the president came into power, to a high of USD461,000.

Tanzanite, 1,000 times rarer than diamond is a blue gemstone found only at the foothills of Africa’s highest mountain, the Kilimanjaro in a small town called Mererani Hills.

How to earn through online forex trading