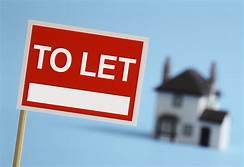 TO LET: Empty offices, amidst a real estate boom

Tanzania is well on its way to achieving its long coveted middle income status, and the mushrooming skyscrapers in most all its major cities are evidence. Well that’s one way to look at it.

You see, where investment is on the raise, it is safe to say the economy is stable and even growing. That is Tanzania for you, a stable growing economy where investment, especially in the real estate sector is growing, and growing exponentially.

Tanzania has been enjoying a steady economic growth over the last few years averaging an impressive 7% annually. However, for the sake of this article, lets leave the data in the papers for now and take to the streets, on the ground, what is actually happening?

In major cities like the capital Dodoma, development is hands on, on the ground right in front of you. Empty stretches of land are now housing complexes complete with residential and commercial buildings.

It is no wonder, only last year the government of Tanzania moved to Dodoma, that is, it officially moved all its ministry and agency offices to the capital. With the move, the country eventually fulfilled the Father of the Nation’s decades old ambition to have the government operate from the administrative capital Dodoma and not the commercial capital Dar es Salaam.

As to be expected, in the commercial port city of Dar es Salaam, the story is even more profound, ‘Men At Work’ and ‘Diversion’ signs are all over the city. From road expansions to building of flyovers, from electric trains to new airplanes, ports and bridges the city glimmers development.

A sector that stands out in this massive development is the real estate sector. All across Dar es Salaam there are construction projects in progress. New complexes and skyscrapers are been built everywhere you turn. These massive buildings are mushrooming all over the city and not just the city center but the outskirts too.

The impressive speed of their construction has time and time again been explained and associated with the well performing economy and specifically the booming real estate sector.

Speculators are of the vision that, with new oil and gas finds every other day, the country will see an influx of expatriates and investors.

These much sought after groups will need residential housing and office complexes to live and work in respectively; hence the mushrooming skyscrapers. However, there is an undercurrent that seems to be stifled quiet away from the eyes of the media and the knowledge of the public.

The mythical ‘To Let’

You see, while these skyscrapers are been constructed day in day out, these building have one thing in common, huge, bold ‘LETTING’ signs.

What struck my interest is the fact that even as new buildings rise up and they too put up their large LETTING signs, the old buildings never took down theirs.

One is left to wonder why these new buildings were planned, constructed and NOW LETTING while the old ones are still trying to LET?

In my individual survey, all across Dar es Salaam are empty buildings, both new and old Floor after floor, room after room, empty spaces gawked back at me, they are no more than ghost buildings.

In fact, there is an ongoing migration that again, no one seems to speak about. More and more clients are abandoning the busy, skyscraper filled city center lamenting what they describe as ‘unbearably high rents. More and more offices are relocating outside the city center in search of affordable rent.

However, investors do not seem to take notice of the abandoned buildings, on the contrary, the commercial real estate sector is booming. Right next to it is the residential real estate sector, it is also experiencing a boom, with population growth rate at a global high, demand for housing is increasing at exponentially.

At a rate of growth of 2.7 percent per annum, Tanzania’s national average population growth rate is one of the fastest in the world. The country’s population is increasing by almost 1.2 million people every year!

At this rate Tanzania’s population is projected to reach 70.1 million in 2025.

Real estate in Tanzania has been favoured by an extensive population with a burgeoning middle class…’ writes ABC Attorneys in an article titled ‘Tanzania Real Estate Development: ‘A boom’ or a time ‘boom.’And…

‘The discovery of oil and gas, substantial mineral resources, tourism and agriculture have all played a part in making Tanzania one of Africa’s fastest-growing economies…and growing appetite from offshore investors for real estate asset from countries like Dubai has increased the attraction of real estate in Tanzania.’