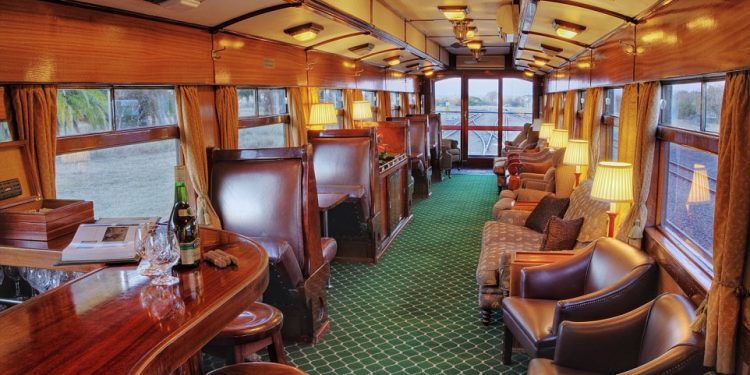 Tourists arrive in Tanzania by train- The Exchange

Tourists arrive in Tanzania by train

On Saturday 9th, 69 tourists arrived in Dar es Salaam aboard South Africa`s Rovos train, which happens to be the second most luxurious train in the world.

The train stationed at Dar es Salaam`s Tanzania Zambia Railways (TAZARA) at 10:00 hours with the tourists originating from Sweden, Norway and Denmark.   According to the Senior Public Information Officer for the Tanzania Tourist Board (TTB), Mr. Geoffrey Tengeneza, the arrival of the train is another milestone and efforts geared at promoting tourist attractions in the country and boost the country’s economic development through tourism industry.

“Before they arrived at the station, the tourists were able to visit Selous Game Reserve and from here they will visit various tourist attraction centers in Tanzania mainland and Zanzibar,” he said.

He added, this is an opportunity not only to TAZARA as in every one kilometer that the train moves along the railway line is paid, but rather Tanzania as a whole to benefit through various ways including hotels, tourist sites, game reserves and various transportation services.

The train comes to Tanzania five times a year and one needs to do its booking three months before travelling. The train that arrived on Saturday has two locomotives and 16 carriages. The carriages are divided into three classes Royal suites, Deluxe suites and Pullman suites. The train has been operating for 30 years now from 1989 where the company established and has been operating the route from Cape Town South Africa to Dar es Salaam’s TAZARA station for 26 years now, since 1993.

The train makes an epic 15-day journey through South Africa, Botswana, Zimbabwe, Zambia and Tanzania and is one of the most famous in the world. The sojourn begins in Cape Town taking guests to the historic village of Matjiesfontein, the diamond town of Kimberley and the capital city of Pretoria for short tours followed by two nights in the Madikwe Game Reserve. Continue through Botswana into Zimbabwe where guests stay overnight at the Victoria Falls Hotel. After crossing the mighty Zambezi River, the train joins the TAZARA line in Zambia and continues to Chisimba Falls where guests enjoy a bush walk. The train climbs to the Tanzanian border then descends into the Great Rift Valley negotiating the tunnels, switchbacks and viaducts of the spectacular escarpment. Climbing again, it traverses the Selous Game Reserve – the largest on the continent and a vision of timeless Africa – before the bustling arrival in Dar es Salaam.

The train will be on its way back to Cape Town expecting the journey to take 15 days as well.