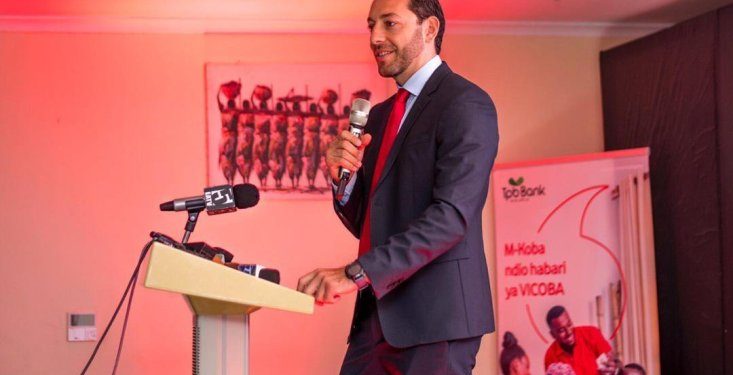 With barely a month in office, the CEO is already in court.

by Salum Mohamed
in Tanzania, Telcos
0
Share on FacebookShare on LinkedIn

The Telco`s CEO, Mr. Hisham Hendi and six other officials of Vodacom Tanzania were on Wednesday 3rd April arraigned before court for economic sabotage crimes.

Others charged along Mr. Hendi for causing loss of Tshs.5.8 billion ($2.5 million) to government  were the Business Operations Manager of Inventure Mobile Tanzania Ltd, Mr. Ahmed Ngassa and his company`s Information Technology specialist, Brian Lusiola who are charged with occasioning a Tshs.642 million ($279,130) loss to the Tanzania Communications Regulatory Authority (TCRA).

Mr. Hendi and his counterparts were charged with organizing a criminal racket which caused the government and the TCRA suffer pecuniary loss of Tshs.5.8 billion ($2.5 million). Mr. Ngassa and Lusiola of Inventure Mobile Tanzania were charged with unlawful importation, installation and maintenance of electronic communications equipment identified as PROLIANT MLI GEN 9 SERVER (PABX VIRTUAL MACHINE) without a TCRA licence. The accused also unlawfully operated the machine for receiving or transmitting international incoming voice calls without a licence in the period April 17 2018 to 11 March 2019.

With intent to avoid rates payable for receiving or transmitting international incoming voice calls, the accused dishonestly transmitted communication by terminating international incoming voice calls.  They as well unlawfully used the equipment to receive and transmit electronic communications signals without TCRA approval. Further, the accused under Vodacom Tanzania`s permission fraudulently used 813 Vodacom Tanzania PLC virtual numbers without having any relevant individual or class assignments from TCRA. The accused were not allowed to enter into any plea because their case falls under economic sabotage offences, which the court in which they were arraigned does not have jurisdiction to preside over.

Vodacom Tanzania is the only telecom firm to have listed. It raised Tshs.489 billion ($213million) in the initial public offering (IPO) in 2017, Tanzania’s largest ever, which attracted more than 40,000 local investors, most of whom were first-time participants in Tanzania`s stock market.

In June 2018, prosecutors charged CEOs of telecoms operators Halotel Tanzania, owned by Vietnam-based Viettel, and Zantel with fraudulent use of network facilities. The executives were later released after paying a fine.

Why PE in Africa is becoming vital for growth