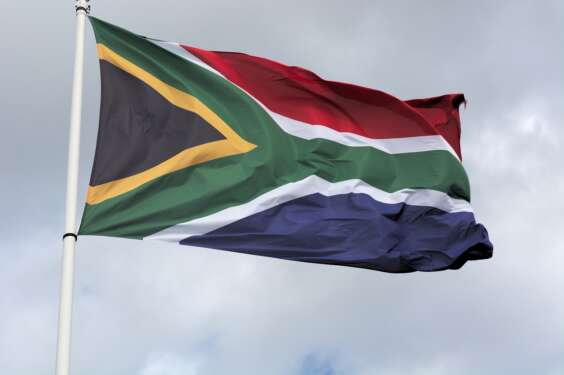 The struggle of unemployment: A South African perspective

by Evelyn Shumba
in Countries, Southern Africa
0
Share on FacebookShare on LinkedIn

South Africa achieved independence in 1994, but years later, there has been little improvement in the general populace’s poverty levels. While the country remains one of Africa’s strongest economies, statistics indicate that close to 50% of the population lives in poverty. (Based on south African government poverty measure where the upper bound poverty line is approximately $70 per month.)

The covid-19 pandemics have exacerbated the issues of poverty in the country. South Africa has one of the highest infection rates in Africa and more recently has been dealing with a mutated version of the virus that has since been christened the South African variant. Lockdowns and covid 19 restrictions have pushed many out of employment, and businesses have been forced to shut down. Estimates indicate that close to 1million people may fall below the poverty line.

According to a World Bank Report, the inequality of apartheid lives on. The report indicates that inequality of opportunity is extremely high in the country.

To compound issues, unemployment among youth stands at more than 50%, substantially higher than comparable countries.

South Africa’s economic issues run deeper. The economy is not growing enough to absorb its youth and reduce the trends in employment. Compounded by the lack of equal access to education and other services, the youth are not adequately set up for employment.  Part of the challenges stems from the inadequate capacity generated in the manufacturing industry.

The manufacturing industry has grown no more than 1% from 2010 to 2018. Manufacturing jobs are usually low skills mass jobs that absorb a large portion of employable young people. As such, the lack of traction in the manufacturing sector has added to the employment woes that the country faces.

While the manufacturing sector has not shown significant growth, the financial sector has shown considerable improvement. However, this sector is primarily a high-skill industry and cannot cater to meaningful employment.

This is given the fact that the bulk of this unemployed group consists of medium to low skilled employees.

Statistics South Africa reported that the unemployment rate was at 32.5% in the last quarter of 2020. This means that up to 7.2 million people were out of employment. This figure was higher than the 30.8% reported in the second quarter of last year.

What are the leading causes of unemployment in South Africa?

The country’s background and apartheid-induced inequality have created a legacy system of inequality. To date, black people in the country face an unemployment rate quadruple that of their white counterparts.

This can in part be attributed to the country’s legacy of apartheid that created a system of inequality that excluded black people from the education system. This gave rise to a perpetual vicious cycle in which this class of people has not been adequately reintegrated into the quality education segment.

The inequality can also be in part a direct result of a failure to address the systemic issues of inequality plaguing the country. Some of the structural challenges include the high university fees, for example. The fee structure excludes a sizeable chunk of the population from receiving higher education.

As the levels of education decrease, the unemployment levels rise significantly.

Like the rest of Africa, South Africa also has a very young population. As such, more and more people flock into the labor market, which has no capacity to absorb large numbers. Coupled with the low education levels, this creates a large unskilled labor pool.

It is important to note that reports have indicated some waves of xenophobic attacks on foreign nationals working within South Africa’s borders. It has been reported that some of these attacks have been linked to the dire unemployment situation, which has seen locals blame foreign nationals for taking their jobs. However, this situation wanes investor confidence even further, indirectly contributing to increased unemployment.

How can stakeholders improve employment levels?

An attempt to solve the urgent problem of unemployment involves addressing the education system. An adequately funded education system accessible to all regardless of background will help improve the young disadvantaged children’s skills.

Roping in private education institutions that provide high-quality, low-cost education, as is the case with institutions like Bridge International Schools in East Africa, can improve quality education.

An all stakeholder approach to addressing chronic inequality will help focus further towards improving equality as defined by socio-economic status to help open up access to opportunities.

The fragile state of the economy

Going forward, there is a need to adapt to the new normal while seeking solutions to address the fragile state of the economy. According to the Bureau of Economic Research, the economy remains weak, as evidenced by a drop in business confidence. As businesses battle with the effects of covid 19, including dwindling demand, operational challenges, they continue to struggle to operate viably.

As if to pour paraffin on an already burning situation, the looming threat of the coronavirus remains on the horizon. There has been a slow rollout of the vaccines, which has led to fear that gatherings and movement over the Easter season may become super-spreaders of the virus. The result would be a rise in the infection rate that may force the government’s hand to tighten lockdown restrictions once again.

The start and stop cycle that businesses find themselves stuck in is of significant concern. The lack of certainty not only plummets investor confidence but also contributes to the unemployment issues. As long as businesses cannot find their footing, they remain hardpressed and can not create the employment level necessary to absorb the growing numbers of unemployed South Africans.

In conclusion, the South African unemployment rate remains high. In the midst of the covid-19 pandemic, South Africa remains one of the continent’s highest affected countries and continues to grapple with finding solutions.

The economy remains volatile. In unprecedented times like these, the unemployment issues in South Africa remain highly problematic.

What Bharat Thakrar's resignation as CEO means for the WPP Scangroup