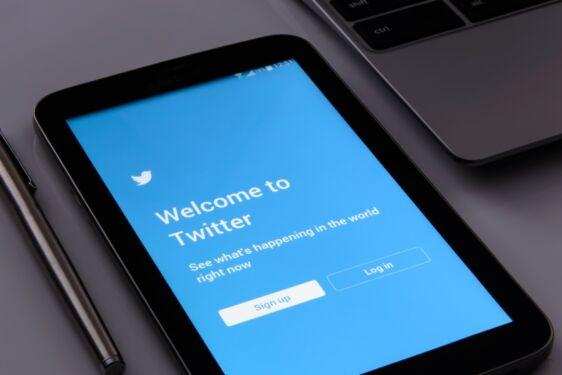 by Evelyn Shumba
in Countries, West Africa
0
Share on FacebookShare on LinkedIn

Technological advancements have seen a positive growth trend on the African continent. Various big tech companies such as Google, Microsoft, Facebook among others, have taken steps to invest in the African market. Much consideration and hype have taken centre stage for Africa as a fast-growing market and ideal for investments in information technology services.

Advanced IT innovations such as fast communication networks and efficient cloud computing services are coming on board. These tech developments in Africa, have also attracted social giants like Twitter, which is set to set up its African headquarters in Ghana. Great economic potential is expected from the move. Insights as to why the social media giant opted for Ghana for this endeavour act as positive indicators to the entire African region on long -term goals to attract foreign direct investments.

The presence of global tech giants in Africa is a positive outlook for employment creation. Twitter is planning to employ 11 people for its physical presence in Ghana. The numbers are presumably insignificant in effecting a change to the country’s unemployment levels. However, there is a high dependency ratio in Africa, where reliance on the working class “per capita” is huge. The social impacts of these employment opportunities are huge and significant. The efforts contribute towards poverty eradication and improvement of standards of living.

Various skill sets such as engineering, communications and marketing are being considered for the HQ project in Ghana. The economy will benefit from a skilled labour force with expert knowledge and training that can be used as local consultancy. Globally recognized companies like Twitter have high industry and professional standards that the country can benefit from, through capacity building programs.

Social media platforms have taken the digital marketing space by storm. A new way to engage in e-commerce has resulted in a sprout of a lot of startups. Businesses are leveraging on the existence of cheap advertising space as well as the presence of a large pool of online customer base. In South Africa, Twitter is not the leading social media platform in terms of users. However, it is a platform generating the most highly shared content, thus ideal for massive and aggressive marketing.

A new approach used by African leaders to liaise and engage with the public is through social media platforms. Commonly referred to as digital diplomacy, this offering from Twitter through its hashtag model allows for public opinions to trend on a particular topic or area of concern. Leaders in Africa have embraced the vocal strength of such a service enabling them to communicate policy issues and most predominantly for political campaigns. When used for constructive dialogue with the public, the gains are massive.

Ghana was commended by Twitter’s CEO, as a country that supports freedom of speech. Flexed and conducive policies are vital for the success of digital diplomacy. Most African countries nations have not embraced the opportunities of digital diplomacy but rather have instigated de-campaign policies to freedom of speech on the internet. A notable example of failed digital diplomacy is the case of Nigeria. Regardless of its huge population most of with internet access as well as being equipped with an advanced IT infrastructure, policy frameworks have prohibited any chance of free online speech.

The external market environment determines the long-term success of a firm as the risks are beyond an organization’s scope of control. The political environment in Africa has deteriorated amid the insurgence of extremist militant groups in countries such as Nigeria and Mozambique. The economic sphere has seen low growth and business activity as a result of the Covid-19 pandemic.

In Ghana, the negative external shocks prevalent on the continent are on the other hand having an insignificant impact on the country’s performance. They are being counteracted by business-friendly policies and an open door framework to foreign investments. Ghana has relative more ease of doing business environment than its West African counterparts such as Nigeria. A strict and stiff regulatory framework, the existence of terrorist groups like Boko Haram, lack of internet freedom maybe some of the reasons why Twitter might have snubbed the biggest economy in Africa, to set its headquarters.

Uprisings against governments are a common trend in Africa as corruption concerns continue to escalate at the expense of food security, health and education standards. Social media platforms have in the past been caught up in politically instigated conspiracies. The famous Cambridge Analytica case of Facebook brought about negative publicity for the social media giant. Various violent insinuative campaigns have also flooded the Twitter network in Africa.

The call for land seizures in South Africa by Zindzi Mandela and the 31st July movement of 2019 amid electoral bias claims in Zimbabwe are some of the examples. Ghana is fortunate enough to be having a stable political environment compared to other African countries. Ghana’s politically environment enables the country to fuel economic growth across the African continent. The country has the top peace index, after Botswana, in the entire Sub-Saharan region as per 2019 and 2020 reports.

Organizations have adopted an environmentally and socially responsible approach to doing business. The Twitter company has been investing in various community projects to improve the standard of living. The presence of the social media company in its community upliftment efforts extends to various countries in Africa. There are partnerships with Afrochella in Ghana and Amref Health Africa in Kenya.

A digital future for Africa

Technological advancements in Africa are growing rapidly and the adoption of such is seeing much great acceptance and enthusiasm. The continent is braced to be the future global economic powerhouse. The continued move by foreign companies to invest in Africa is positive towards the attainment of Agenda 2063 by the African Union to bolster sustainable economic development in the continent. The growth of the social media space offers to a great extent, a constructive force to socio-economic development on the continent.

Rwanda And Seychelles To Develop New Areas Of Co-operation